When the Enemy Comes in! 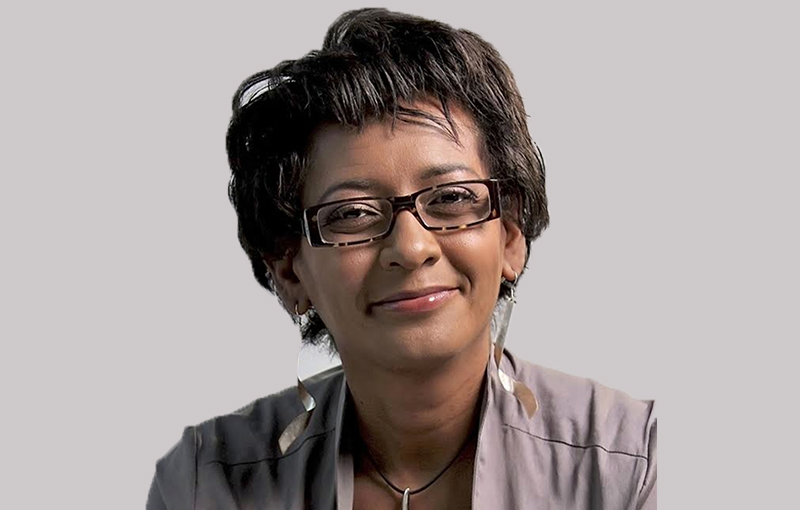 “When the Enemy Comes in Like a Flood, the Spirit of the Lord Will Drive Him Back!”

“…When the enemy comes in like a raging flood tide, the Spirit of the Lord will drive him back!” (Isa. 59:19, emphasis mine)

At the beginning of 2020, I prophesied that we had entered a whole new era. I prophesied that this was going to be so different from anything we had ever known before that we would desperately need to listen to the Holy Spirit in order to navigate our way through it. Back then, none of us could have imagined the impact that the COVID-19 virus would have on our societies and on our lives. It has shaken us to the core and catapulted us into a new reality. Our governments, economies, and societies have been shaken. However, God is using the shaking to break us out of old molds and transform us.

2020 marked the beginning of a decade that will be known as “The Era of the Nations.” It is time for the great harvest of souls. It is time for revival and it is time for reformation. Back then, in my word, I also spoke about the culture wars that we are going to need to fight in prayer in order to reclaim our societies. Last year we saw those culture wars materialize particularly in the areas of politics and media. These wars are not over yet, but through them, God is revealing the spiritual forces of evil that we will have to contend with in order to overcome in this decade.

2021 is going to be a year of battle and of standing in the fire, but God’s declaration over it is this: “When the enemy comes in like a raging flood tide, the Spirit of the Lord will drive him back!” (see Isa. 59:19). The Lord says, “My arm is not too weak to save you and My ear is not deaf to your cry” (see Isa. 59:1). Our battle is not against each other, but against “principalities, powers, the rulers of the darkness of this age and against spiritual forces of evil in the heavenly places” (see Eph. 6:12). God is rousing Himself and in 2021 He will manifest Himself as a “man of war” as He moves to drive back the darkness that has overtaken our nations (see Exo. 15:3).

It’s the year of the Lord’s favor and He is re-establishing His justice on the earth…and He’s going to use those who know how to use the authority He gives us to do it. It is time for us to say, “Lord, I’m available. Use me for Your glory.” This is a prayer that He will answer this year.

Standing in the Fire

When COVID-19 hit, it seemed like everything ground to a halt as our nations went into lockdown. Many of us experienced that we were in an upper room time as we fasted, prayed, and waited upon the Lord to show us what to do next.

In September 2020, I started to get a recurring vision of the Lord as “the Burning One” (see Heb. 12:29). He was inviting us to come and meet with Him in the fire. Many of us answered the call, and as we came, He burned away our fleshly attitudes and actions; the things in our lives that were not in line with His love and holiness. The burning has been painful and some of us have suffered great loss. However, through it all, we have fallen more in love with Him. Our priorities have changed and more and more He is becoming our portion and our delight.

A New Level of Glory

2021 will see God release a new level of glory from Heaven. In many ways the burning that we have been through has been preparation for this.

Ananias and Sapphira lived in a time in which a new level of glory was being released on the earth. They didn’t allow God to deal with the things in their lives that were not pleasing to Him and they paid the price for it (see Acts 5:1-10). Moses, on the other hand, had an encounter with God that impacted him to the very core of his being as God revealed Himself to him.

“The Lord passed in front of Moses, calling out, ‘Yahweh! The Lord! The God of compassion and mercy! I am slow to anger and filled with unfailing love and faithfulness. I lavish unfailing love to a thousand generations… I am making a covenant with you in the presence of all your people. I will perform miracles that have never been performed anywhere on all the earth or in any nation. And all the people around you will see the power of the Lord—the awesome power I will display for you.'” (Exo. 34:6-7, 10, NLT)

It was a new level of glory that neither Moses or the people were used to. When the people saw Moses after he had met with God, they were afraid because his face radiated with it:

“When Moses came down Mount Sinai carrying the two stone tablets inscribed with the terms of the covenant, he wasn’t aware that his face had become radiant because he had spoken to the Lord. So when Aaron and the people of Israel saw the radiance of Moses’ face, they were afraid to come near him… When Moses finished speaking with them, he covered his face with a veil (Exo. 34:29-30, 33, NLT).

God wants us to be able to stand in this new level of glory. This means that we’re going to have to allow Him to go deeper and to take us to new levels of sanctification. When He’s done, satan will not be able to find a foothold in our lives. The Lord will be our singular focus and we will not love our lives, even unto death (see Rev. 12:11).

Having the Lord as our singular focus will cause us to be able to stand with holy boldness.

Daniel’s friends, Shadrach, Meshach and Abednego, refused to worship the golden image that King Nebuchadnezzar had made. This was their proclamation: “…O Nebuchadnezzar, we do not need to defend ourselves before you. If we are thrown into the blazing furnace, the God whom we serve is able to save us. He will rescue us from your power, Your Majesty. But even if He doesn’t, we want to make it clear to you, Your Majesty, that we will never serve your gods or worship the gold statue you have set up” (Dan. 3:16-18, NLT). (Photo via Flickr)

Their obedience to Jehovah and their willingness to face the consequences became the standard by which the Lord magnified Himself: “Then Nebuchadnezzar said, ‘Praise to the God of Shadrach, Meshach, and Abednego! He sent His angel to rescue His servants who trusted in Him. They defied the king’s command and were willing to die rather than serve or worship any god except their own God'” (Dan. 3:28, NLT).

In the same way, our obedience in the face of the battle and opposition this year will result in God being magnified in ways that we can’t even begin to imagine.

“‘Look!’ Nebuchadnezzar shouted. ‘I see four men, unbound, walking around the fire unharmed! And the fourth looks like a god!’… Then Nebuchadnezzar said, ‘Praise to the God of Shadrach, Meshach, and Abednego! He sent His angel to rescue His servants who trusted in Him. They defied the king’s command and were willing to die rather than serve or worship any god except their own God.'” (Dan. 3:25, 28, NLT)

As all of this is happening, the unity between parts of the Body of Christ will increase as we’re consumed with a passion for His name. This will make the Ekklesia virtually unstoppable as the Lord releases His blessing:

“How wonderful and pleasant it is when brothers live together in harmony! For harmony is as precious as the anointing oil that was poured over Aaron’s head, that ran down his beard and onto the border of his robe. Harmony is as refreshing as the dew from Mount Hermon that falls on the mountains of Zion. And there the Lord has pronounced His blessing, even life everlasting.” (Psa. 133, NLT)

However, one of the enemy’s main strategies this year will be to sow division by causing us to take our eyes off of Jesus and take offense by reactivating old wounds. We will have opposition, and this year we’re going to have to be especially alert and keep Jesus’ prayer in John 17 continually in mind:

“I am praying not only for these disciples but also for all who will ever believe in Me through their message. I pray that they will all be one, just as You and I are one—as You are in Me, Father, and I am in You. And may they be in us so that the world will believe You sent Me. I have given them the glory You gave Me, so they may be one as We are one.” (John. 17:20-22, NLT)

Jesus is our example. In the midst of personal attack, He did not open His mouth. He did, however, speak and act strongly when His Father’s house and reputation were being defamed. My prayer for us this year is that we will do the same.

Arleen Westerhof is the Founder and Facilitator of the Netherlands Prophetic Council (profetischeraad.nl) and she co-leads the European Prophetic Council together with Dr. Sharon Stone. Through her Schools of the Prophets, she trains believers in all spheres of influence to hear God’s voice and bring transformation by applying the revelation they receive. Arleen is the author of the book, “IMPACT. Prophesy and Change the World.”