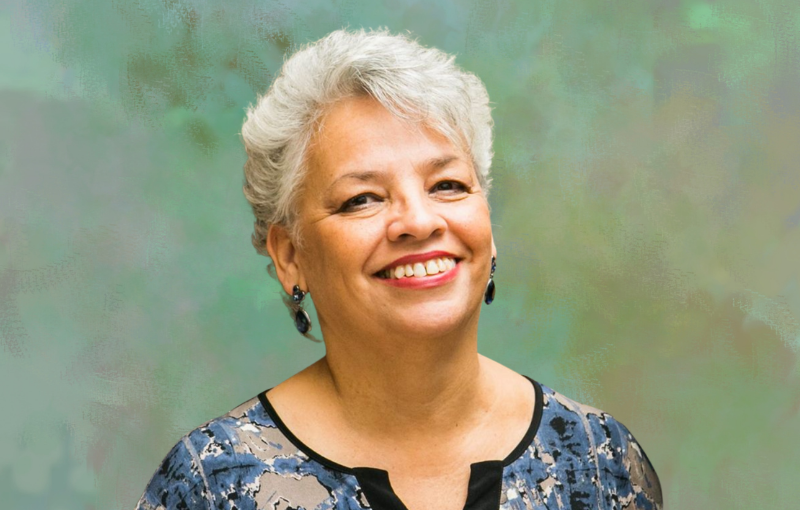 This new Jewish year (5782), which began on Rosh Hashanah (September 6, 2021), will be a Shmita year. This is a year that was ordained by God to be a Sabbath year of rest. However, it was also a year in Israel when slaves were released from captivity and fortunes were restored; it was a year of freedom and release.

In this notable season in history, we are in a time of promises fulfilled and destinies realized, as a new breed is rising who are ready to conquer and occupy lands for the Kingdom of God. A people presently chosen, known, and ordained for this hour, from before time, are beginning to mobilize. We have entered the time of the ‘great crossover’ into our promised destiny. We are to stand resolute in the call of God and in the face of tyranny—with resolve, knowing that the living God stands with us and goes before us.

It’s Time to Dig In

God’s ways and methods for accomplishing His ends are so much higher than ours. To the undiscerning, things might appear quite desperate with the enemy seemingly having the upper hand. Our hearts’ desire is for God to move quickly and fix the problems, but things don’t always unfold the way we imagine or expect. It may require some time, and it may require a series of battles with a campaign to victory that God will lead us through.

The saints of God must be prepared to dig in and fight with a mindset and resolve for the long haul, and whatever it may take to succeed. Conflict is not usually a bed of roses. To attain victory and conquer the Promised Land, may require a walk through the Red Sea, with ominous walls of water on either side, looking like they’re ready to crash in on us. It may look like a harrowing road ahead, with howling winds and great storms. Yet, through it all God is saying: “Keep your eyes fixed on Me, and follow My lead. I will be with you, and I will keep you safe.”

The path ahead will require a close walk with our Lord; it will necessitate that we become fully alive to our identity as supernatural warriors in Christ. It will require deep roots. To grow to greater heights, it’s necessary to have very deep roots, as any strong wind that comes along will take you down and out. The people of God must become like the mountain tree whose roots are buried deep in the Rock, and who, through growth in endurance, are able to withstand the battering winds and storms.

Through this trying time, there are many in the Church, and for sure in the world, who do not have deep roots; the saints are here to keep them steady in the storm—not attack them.

The year of release is the year to be fully who you are in Christ. It means God is opening the gate to your stall. It means there is an assignment for you—a path ahead with signposts positioned along the way. God is our guide who knows the way ahead. Sometimes, the road takes turns and twists, but God knows how to get us to our destination. The question you must answer yourself is this: Do you trust Him?

During the days ahead, it will be important to be saturated in the Word, reading it daily, as we will be receiving important instructions and messages from the Lord. Watch for the signs and stay objective. Look for the thread that ties things together. God can speak to you in many ways and through many voices; take note of the things that are being confirmed, recognizing that no one has the whole picture. Allow God to fine-tune your senses; don’t become dogmatic and set in your opinion. Be flexible and willing to yield when/if it becomes clear that you have taken a wrong turn. God has different paths for different people; He has specific tasks and assignments for certain individuals—know what yours is! Don’t follow blindly! Trust God in the strange ways that He works, as His ways are so much higher.

Joshua was appointed the commander of the armies of Israel. He knew what to do because God was with him, and over the years he had learned to understand God’s strange ways of accomplishing His ends. Israel, as a people, agreed to obey God and follow Joshua when Moses had passed.

Soldiers like Joshua are brave and confident because of their training. They have been fashioned in conflict and in tests of endurance. They are secure within their team, who have trained alongside them. They are specialists and skilled with weaponry; they know when and how to deploy their weapons, and they have no fear. They are interconnected through intelligence and communication with each other and with the home base, both heavenly and locally. Soldiers understand the mission and the potential costs.

The Armies of God

Things are about to shift for the saints in this new season. The Lord God is going ahead of us; He goes before us, and He will be with us. He will not leave us nor forsake us, so do not fear or be dismayed, as He told Joshua. We have been kept in a measure of silence during the years of training and preparation, but God is about to release us into our destiny; He’s about to release our voice. Remember, we are in the decade of the voice, the decade of pey, according to the Jewish calendar. To be a voice for the Lord comes with a cost! Will you answer the call? Remember Moses and Jeremiah, as they both resisted the call, but God assured them that He would be with them, just as He will be with us!

Moses said to the people: “…’Set your hearts on all the words which I testify among you today, which you shall command your children to be careful to observe—all the words of this law. For it is not a futile thing for you, because it is your life, and by this word you shall prolong your days in the land which you cross over the Jordan to possess.'” (Deuteronomy 32:46-47)

Holding the Word of God dear to our hearts is also a word that is for us today, as we prepare to cross over into this new season of strength. Joshua told the people to be ready, to consecrate themselves to the Lord, for they were about to cross over into a new land. God had found a generation that He could work with to conquer and take the land that was close to His heart—a land representing one that is ruled by the Kingdom of God and the Lord our God; a land that is holy, characterized by righteousness and the Lordship of Christ.

At present, there is great shaking in the world in all nations. We have entered a time of trouble, where evil has been progressively creeping in through governments of nations. Their intention is to take control of mankind, turning them toward the kingdom of darkness in service to satan, its ruler. This is a moment that we have been chosen and prepared for—a dynamic set in motion by God Himself. God has set the stage for the battles ahead; He has already gone ahead to ensure victory. We stand in the victory that has already been won by Christ on the Cross.

I believe God is saying to us when we see all these things, that we are not to be afraid—we are to fear Him! In such times we are to know, recognize, and remember that He is on His throne. God is in full control, and we must continue to always look to Him. As we walk through this time—through our Red Sea and into victory—we must keep our eyes on the destination and on the light at the end of the tunnel. We are about to run the gauntlet; but remember, it’s the gauntlet to the Promised Land and to glory.

When we are having a Red Sea moment, when it appears the enemy is gaining strength, we begin to cry out to God, repenting of our idolatry and apostasy. At such times God will then, in His tender mercy, draw graciously near to us once again, to heal, to quicken, and to deliver. He will decree swift vengeance to the evils that have kept us in despair, ride in on His white horse, and lead us into victory. God would say to His enemies:

“Vengeance is Mine, and recompense; their foot shall slip in due time; for the day of their calamity is at hand, and the things to come hasten upon them.” (Deuteronomy 32:35)