Victory is at Hand! 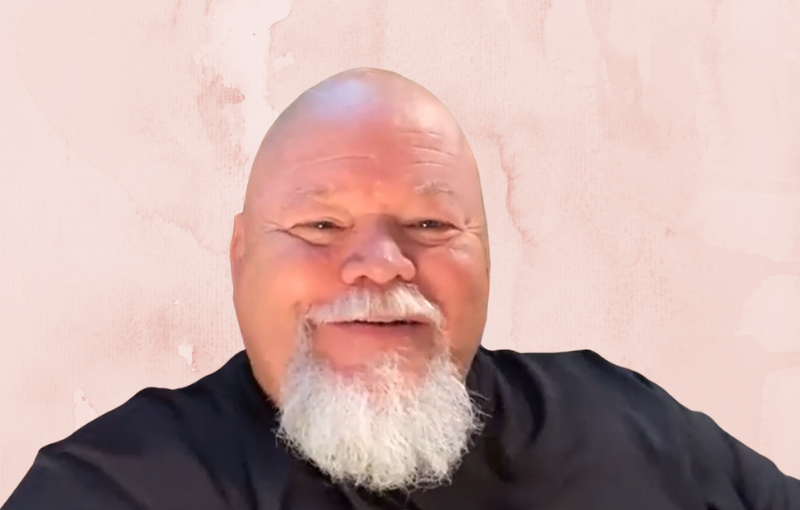 “A Generation That Walks Above the Storm – Victory is at Hand!”

The Thief Comes to Kill, Steal and Destroy

The words landed in my spirit like a weighty chain that choked my breath off – “I’m gonna kill you!” I heard the enemy say. At the time, I was in my mid-twenties and planting a church in one of the most religious areas of the nation. Already, there had been spiritual attacks against the work we were doing by a local church near us. However, I had never heard a voice state what this one stated.

Fear quickened in my heart, weakness overwhelmed my strength and brought me to my knees in extreme worry. What was going to happen? I contemplated the possibilities of how this would happen. What sinister sickness or accident or violent end would I meet? I wasn’t handling this well and I needed some relief.

I called a spiritual father in my life named Bob. He was a long-time pastor and believed in me at times when others wouldn’t. I said, “Bob, I just heard the enemy tell me he was going to kill me. What do I do?” There was a silent pause on the other side of the phone, then I head him chuckle. He said, “Danny, he wants to kill all of us. You can let him if you want to.”

We remained on the phone for a few more minutes as he shared that this experience is common to man. The enemy always wants to kill us. It’s his main goal. “The thief comes ONLY to steal, kill, and destroy; I have come that they may have life, and have it to the FULL” (John 10:10, emphasis mine).

Choosing Where to Place Your Focus

The enemy will always seek to turn us toward the focus of fear, intimidation, bad news, heinous world events, wars, trauma, division, anger and hatred. It truthfully doesn’t take a lot of discernment or prophetic wisdom to recognize it. It’s obvious when you see it. These messages garner fear and create an environment where the killer of our souls appears to be winning a battle against the Savior of our souls. It is this atmosphere that steals away vision and hope, and where we relinquish the joy that Jesus said no one could take away.

Jesus taught differently and revealed, through example, differently. He actually pointed out how to live in that “live life ABUNDANTLY” place. He told us there would be those who hated us and the way we live and basically encouraged us by saying, “So what? They hated Me too!” He taught us, by example, how to deal with the Pharisees (religious spirits) by doing Kingdom stuff during the times and events where crashing the “appropriate protocol” would be offensive.

Jesus lived in joy in the midst of difficulty because this world was not His home. He understood that the Father had all things under control, and His response was simply to do what the Father was doing and say what the Father was saying. He lived on mission, not on reaction. He came to do, finish and complete what the Father had called Him to – a mission – and everything else that was intended to distract Him from that mission wasn’t worth His time. Even regarding the timing of that mission, He responded without fear, worry, or panic. For example, He waited four days for Lazarus to be raised from the dead and still didn’t worry, even though in everyone else’s minds, Lazarus had been fully given over to death.

Jesus came to bring and demonstrate life abundantly – a life full of joy, full of God’s presence, full of God’s purpose and something the enemy couldn’t kill, stop, or steal!

I see clouds building on the horizon. I see a storm unknown to this generation; a storm calling for the attention of everyone, Believers included. The discipline of the coming days will be to set our eyes on things above, not on the things of this earth. We will need to set our eyes above the storm, above the demanding, thick clouds filled with lightning and thunder. We must look ABOVE. We must set our thoughts, our hearts, our minds, our opinions, and our practices above and not below.

Stay in Your Lane – Victory Is Coming to You!

It is into this era that the “Highway of Holiness” will be unveiled in the lives of those of us who continue to believe, and nothing wicked will be on our roads; nothing evil will harm us. The provision of God, the victory of the Lord in our lives and families will be ours. We have no need to fear. We don’t have to try and find it somewhere…it’s coming to us.

So I say: Do not believe the lies of the storm. Do not entrust your heart or mind to the murderous voice that has no future in you. Stay in your lane. Victory is coming to you!

“The LORD will march out like a champion, like a warrior He will stir up His zeal; with a shout He will raise the battle cry and will triumph over His enemies.

“‘For a long time I have kept silent, I have been quiet and held myself back. But now, like a woman in childbirth, I cry out, I gasp and pant. I will lay waste the mountains and hills and dry up all their vegetation; I will turn rivers into islands and dry up the pools. I will lead the blind by ways they have not known, along unfamiliar paths I will guide them; I will turn the darkness into light before them and make the rough places smooth. These are the things I will do; I will not forsake them. But those who trust in idols, who say to images, “You are our gods,” will be turned back in utter shame.'” (Isaiah 42:13-17)

“The LORD will roar from Zion and thunder from Jerusalem; the earth and the heavens will tremble. But the LORD will be a refuge for His people, a stronghold for the people of Israel.” (Joel 3:16)

“The New Thing” – A Generation That Walks Above the Storm

The greatest days of victory are coming to us now. In the midst of the tumult God is aligning His purposes for His plans. Just as God would design creation from the chaos, just as He would bring forth a new generation from an earth that had been destroyed by a flood, just as He would establish a new covenant after the crucible of the Cross – so now, God is bringing forth a generation that will carry His glory far beyond what any generation has even fathomed.

“Forget the former things; do not dwell on the past. See, I am doing a new thing! Now it springs up; do you not perceive it? I am making a way in the wilderness and streams in the wasteland” (Isaiah 43:18-19). We must understand, God doesn’t simply do over what He once did; God always outdoes Himself – He’s God!

If you’ve heard that sinister voice telling you that he will kill you, rejoice! You are going in exactly the right direction and creating havoc for the enemy’s plans. God is using you as a wrecking ball! Keep going!

Danny Steyne is about the Mountain…the Mountain of the Lord, recoined by Jesus as the Kingdom of God. He doesn’t live for his ministry but for the ministry of Jesus throughout the earth. His purpose is to release this message and the impact of it wherever he goes. Danny has been in ministry as both pastor and father to many. Through forty years of ministry there have been many miracles, healings, and signs and wonders, but his heart’s intention is to bring people into an intimacy with Jesus and into passionate and effective love for the lost and the found. He travels throughout the world carrying this message of love, joy, freedom, and hope. He is married to his best friend, Karen, and they lead together in New England as they watch the Mountain of the Lord emerge around them. They are parents to many children, both naturally and spiritually around the world.