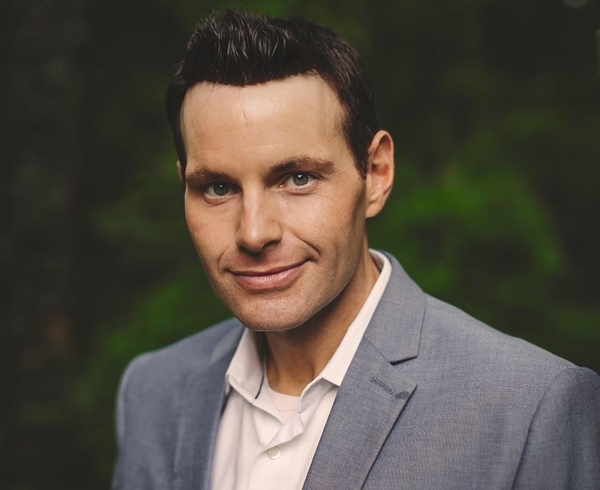 “God’s Undercover Agents Are Being Activated!”

I hurriedly left from preaching at my home church in Chattanooga, TN to fulfill another ministry engagement in another city. My family was unable to travel with me, giving me an opportunity to spend extra alone time with the Lord. I began to pray, and I felt His weighty glory fill my car.

I began weeping, almost uncontrollably. In fact, I had to pull my car over two different times because I was barely able to drive as I experienced the splendor of the Lord. He spoke to me and said very clearly, “My Church is in an Esther moment. There is a spirit of Haman that is opposing My Bride. The Haman spirit is seeking to bring destruction to My people. My Church must be vigilant, sober-minded and clear-focused. A war is raging. Refuse to look at distractions coming from the left or the right, but keep your eyes on Me and your ear tuned to My voice. Remember that which I have declared.”

The Book of Esther begins with the king of Persia calling for his bride, Queen Vashti, to come and show her great beauty. When she refused, she was banished from his presence. Even as Vashti, the Bride of Christ is being called at this time in history to display the glory and splendor of the King.

To replace Vashti as queen, a new one needed be selected, so it was suggested by the counselors of the king of Persia that a beauty contest should be held to find her, to which the king agreed. Mordecai the Jew had a cousin, Esther, who was included in this beauty contest. When Esther appeared before the king, he loved her more than all the other women, and she was made queen; but Esther kept her family background and nationality a secret, as Mordecai had instructed.

Refusing to Bow to the Spirit of Haman

Now Haman was promoted above all the other nobles (Esther 3:1). He was an “Agagite,” identifying him as a descendant of “Agag” the king of the Amalekites, whom Saul did not kill, which resulted in the kingdom of Israel being stripped from him. Because of Saul’s disobedience, future generations suffered the consequences. The Amalekites were the enemies of God.

Everyone at the king’s gate would bow in reverence to Haman, but not Mordecai. He refused to bow to what God had cursed.

“When Haman saw that Mordecai would not bow down or show him respect, he was filled with rage. He had learned of Mordecai’s nationality, so he decided it was not enough to lay hands on Mordecai alone. Instead, he looked for a way to destroy all the Jews throughout the entire empire of Xerxes.” (Esther 3:5-6, NLT)

According to Hitchcock’s Bible Names Dictionary, the name “Haman” means “noise; tumult.” This spirit makes a lot of noise and tumult when Believers refuse to compromise to its demands! What is behind all the tumult? The spirit of Haman. In fact, it is behind everything in our society today, including the media, entertainment, and even some churches that are screaming for us to bow to that which has been deemed acceptable. Nevertheless, there is a remnant of God’s people who, like Mordecai, have remained standing, refusing to bow to what God has cursed, fearing God more than they fear man.

Mordecai, along with all the other Jews, began fasting and wailing. He then charged Esther that she should go before the king and petition him for the lives of her people.

“Mordecai sent this reply to Esther: ‘Don’t think for a moment that because you’re in the palace you will escape when all other Jews are killed. If you keep quiet at a time like this, deliverance and relief for the Jews will arise from some other place, but you and your relatives will die. Who knows if perhaps you were made queen for just such a time as this?'” (Esther 4:13-14, NLT)

Putting on the Royal Mantle of Esther

“Now it came to pass on the third day, that Esther put on her royal apparel, and stood in the inner court…” (Esther 5:1 KJV)

Notice she put on her royal apparel. She put on her mantle. This is the time for the Bride to wear her mantle and come to petition the King for this generation. With Mordecai’s refusal to bow, the spirit of Haman was released, but on the other hand, it also caused the activation of the Esther anointing which had been undercover until the proper time.

“And it was so, when the king saw Esther the queen standing in the court, that she obtained favor in his sight: and the king held out to Esther the golden scepter that was in his hand. So Esther drew near, and touched the top of the scepter.” (Esther 5:2, KJV)

When the king saw Esther standing, she received his favor. Then he held out his golden scepter. He extended to her what was in his hand. The same is true for you and I. As we petition His throne, He will release what He has in His hand. Esther exposed the spirit of Haman, and when she did, the king reversed the evil plot of Haman. The very gallows that he had built for Mordecai on which to hang him on were, in fact, the very ones upon which Haman died. Furthermore, Mordecai was given all of the land and riches of Haman.

I prophesy to you, “God is exposing and overturning every plot, plan and scheme that the enemy has devised against you. The verdict will be overturned and ruled in your favor.”