This Is Payback Season! 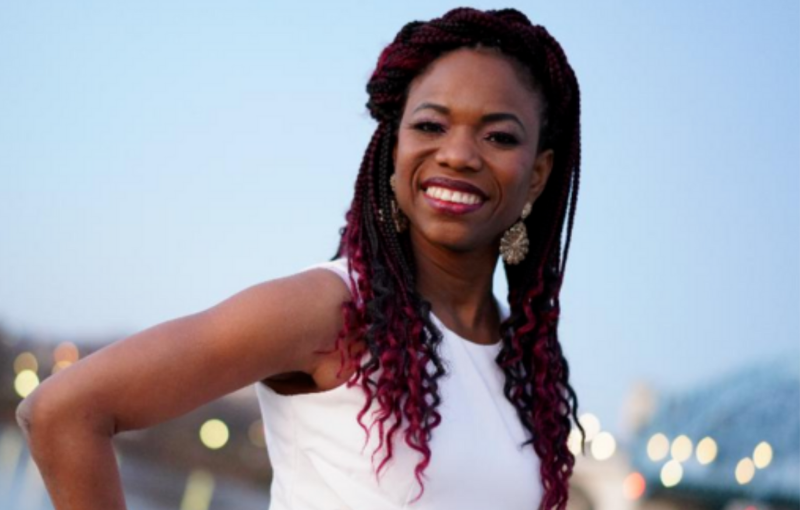 “Hear the ROAR of an Awakened Bride! This Is Payback Season”

I had a dream a few nights ago that shook me to my core. I had been deep in prayer for the nations before I went to sleep that night. In the dream, I was standing in what looked like an old office building. I began to have this eerie feeling that something was about to take place. I looked outside the window, and suddenly, my eyes were open in the spirit to see what looked like these demonic, animal-like creatures. I became aware that their mission was to attack the nations.

I quickly began to race through the hallway in this building, looking frantically for the strategy to overturn the plan of the enemy. Suddenly, I saw and recognized a friend, a government official who is also a minister. I quickly alerted him about the threat of this invasion. He got up immediately, picked up a golden trumpet and He began to blow on it very forcefully. As He did, the darkness was pushed back and the enemy’s mission for invasion was aborted!

When I woke up, I began to go into intense prayer for the nations, and I heard the Spirit of God say that the voice of His people, which is being lifted like a trumpet in this hour, will push back the enemy’s plans against the nations. Every plan of the enemy against the nations shall be aborted and his purposes shall be thwarted!

“Devise your strategy, but it will come to nothing; state a proposal, but it will not stand, for God is with us.” (Isaiah 8:10, emphasis mine)

I see God’s people – like an army of fierce, ferocious lions – led by the Lion of the tribe of Judah, the Almighty God, releasing their ROAR to silence the opposition of the enemy! God’s will for the nations shall stand and His purpose shall be established in Jesus’ name!

I hear the Spirit of God say that there is a new level of authority coming on God’s people, to execute the plan and purpose of God for the nations by releasing our ROAR – our unrelenting, fierce, fervent, formidable declarations – in the place of prayer.

I have had a series of visions from God about this new authority coming upon the Body of Christ that will usher in an era of revival. I was startled awake a few nights ago, and as I woke up, I realized that there was a very tall angel in my room. He was blowing a long, golden trumpet. I began to feel an urgency to pray as the weight of God’s glory filled my room. I prayed over the next few days about what the appearance of this messenger of God could mean.

While praying about this a few days later, I had another vision where I saw a woman dressed in white. She looked like she was in travail and was about to give birth. As I watched, she lifted her voice, and to my utter amazement, she released a sound like a lion’s ROAR. As she released this loud, thunderous, roar, she gave birth to a baby!

“Who has heard such a thing? who has seen such things? Can a land be born in one day? Can a nation be brought forth at once? For as soon as Zion travailed, she brought forth her children.” (Isaiah 66:8, emphasis mine)

I heard the Spirit of God say that the woman dressed in white signifies the Body of Christ. The culmination of our intercession is causing a ROAR to be released in the realm of the Spirit. Jesus is charging His Bride to awaken and release her roar in the place of fiery, fervent intercession.

I hear Jesus declaring to His Bride, “Your ROAR has been awakened!” This roar shall bring an end to the war; the long standing battles against your families, health, nations, and cities.

I hear the Spirit of God say, “Awaken your ROAR! ROAR and release resurrection power to promises that have died prematurely; ROAR in relentless prayer and usher in your season of restoration; ROAR and release refreshing to a generation! ROAR and bring an end to the spiritual war that has plagued the nations. ROAR and give birth to a global ‘Righteous Revolution. “Your ROAR shall bring a drastic end to the robbery and plunder of the enemy.”

Hear the sound of a righteous uproar arising. Hear that uproar from the city, hear that voice from the temple! It is the voice of the Lord rendering recompense against His enemies (see Isaiah 66:6). The nations are in the birthing room of revival and the roar will activate the moment of birthing. The tension that many have felt in this season is the pressure of travail, as every intent of the enemy for evil shall suddenly turnaround for God’s glory.

Access has been granted! As we step into new levels of God’s glory, we shall move in powerful signs, wonders and mighty miracles that will confound the enemy and cause the captives to be set free.

This Is PAYBACK Season!

There is an impending invasion! The weight of God’s glory shall rest upon our declarations as we pray and declare, “Let Heaven come!” There are armies of angels even now being released to partner with God’s people, to see righteousness planted in systems of government, and in the different mountains of influence in society.

The Bride of Christ has been awakened! The blinders have been removed. New strategy is being released to move the people of God into their reaping season. The ROAR of awakening has been released. This is NOT a push back season, but this is your payback season in Jesus’ name!