The devil wants you disappointed! 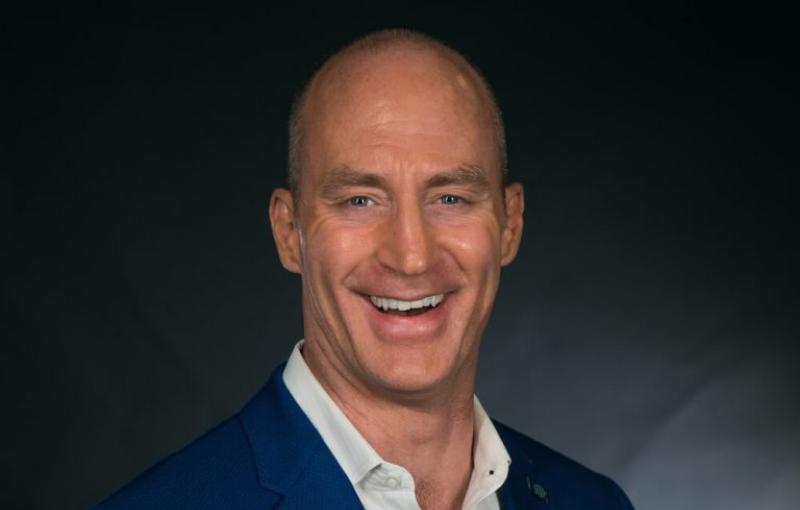 “The Devil Wants You Disappointed”

“Trust in the Lord with all your heart and do not lean on your own understanding. In all your ways acknowledge Him, and He will make your paths straight.” (Proverbs 3:5-6)

There is a tension in the spirit right now. It has been building for quite some time. You may be feeling it directly, or maybe you’ve just caught yourself being a bit more “on edge” than usual, wrestling with anger, frustration, offense, or similar limiting emotions.

Maybe something didn’t happen the way you thought it should. Maybe someone said something they shouldn’t have, or failed to come through for you in a way you thought they would. Maybe it is the state of the world, your nation, or even the Church. Maybe it’s your spouse, or a co-worker, or your pastor. Maybe it has to do with the election, or the Democrats, or the Republicans, or CNN, or Hollywood, or that one cousin.

But I can almost guarantee that there’s something poking at you, trying to get you to focus on how something, or someone – or lots of somethings and lots of someones – isn’t what you thought it would be; or, even more challenging, isn’t what you thought it should be. So you’re disappointed. This happens all the time because it is one of the devil’s favorite tactics, especially right now when it is so easy to look around and find something to be disappointed about.

The devil wants you disappointed because when you give into the temptation to be disappointed, you quite literally “dis-appoint” yourself. You take yourself out of your Kingdom appointment in the earth as part of God’s solution.

The devil knows you’re here for a reason. He knows as a born-again Believer that you are a significant part of God’s plan to turn things around in your family, city, nation and the world. He knows that he can’t strip you of that power, but he is also very aware that you can strip yourself of it. That’s why the devil wants you disappointed.

When we choose to be disappointed, we are actually taking on a victim mentality. We give place to disappointment when we feel that things have not gone according to how we think they should. We are putting our trust in our understanding and timing, as opposed to trusting in the will and ways of God. That’s rarely what we’re consciously thinking, but we need to be aware that’s actually what’s happening, so that we can resist it.

The key is to TRUST IN THE LORD. Yes, that sounds simple, because it is simple, and powerful.

Expect God, Not Your Expectations

Let’s go back to why disappointment gets a foothold. It is because we feel our expectations are not being met, which means we are trusting in our understanding and how we think things should be at any given moment.

Unpacking this a bit more…We give place to disappointment because we think God has missed it, instead of realizing that we have.

Take Joseph as an example. He missed what God was doing, so much so that he almost left his fiancée. In his disappointment over Mary being pregnant, Joseph was just about to dis-appoint himself from being her husband, and Jesus’ earthly father. Because he was disappointed in the situation, Joseph was ready to dis-appoint himself from being an ally and partner in stewarding, nurturing and raising the greatest move of God that has ever been seen in the earth.

Look at the people of God back then. They totally missed what God was doing – the whole earth did. Everyone but three desert nomads missed the foretold coming of the Messiah because no one’s expectations of how a Messiah should come were met. God did it His way, not ours.

It was the same with the Pharisees and Sadducees during Jesus’ earthly ministry. The greatest religious minds and scholars of the day missed the Messiah walking in their midst because He was not exactly what they expected Him to be, according to their understanding.

There was a great falling away of Jesus’ followers in John 6 because so many missed what He meant when He shared with them about the bread and the wine of the New Covenant.

Even all of the original disciples missed it; those men who walked with Jesus for three years, who heard from Him and learned from Him every day. Despite Jesus totally mapping out for them what was going to come to pass, they totally missed what God was doing at the Cross. They thought it was a defeat, completely missing that it was the greatest victory ever seen.

They all missed what God was doing at first. They were all disappointed that their expectations were not met, and because of that, each and every one of them was either temporarily or permanently dis-appointed. They were taken out of their position and place because they were not willing to trust in God beyond their understanding of things.

But the story did not end there – for Joseph or for those disciples. The story didn’t end for the Pharisees and Sadducees like Saul and Jairus and so many others. The enemy wants us to be disappointed, but our Savior wants to encourage us. And while the enemy’s trap of disappointment causes us to dis-appoint ourselves, the encouragement of the Lord causes us to be in-filled with courage and empowers us to lean not on our own understanding but instead lean into the Lord, trusting in Him no matter what!

We need you. The Kingdom needs you. You are here for a reason. You have a purpose. You are meant to be an agent of impact. Don’t give the enemy even a short-term win. Don’t allow yourself to be dis-appointed.

If you realize you have fallen for the trap, that in itself is a victory. Now take the next step. Shake off the disappointment. Repent of leaning on your own understanding. Repent of giving place to that anger, frustration, bitterness, negativity or offense. Repent of dis-appointing yourself through a victim mentality. Then invite the Holy Spirit to come and encourage you. He is brilliant at it, and He can’t wait to remind you who you truly are and empower you to walk in it.

God Is Not Disappointed – and You Are Made in His Image!

There is one other thing I want to mention that God is not disappointed in: you. He does not hold your past against you. He is not looming to remind you of your mistakes. It’s just the opposite. He longs to set you free of anything that has ever limited you from walking in all He created you to be, including disappointment.

Make these encouraging and empowering decrees over yourself each day this month.

1. I trust in the Lord with all my heart. I lean not on my own understanding. I acknowledge God in all that I am facing and in everything I see. I praise Him that He is at work in ways beyond my understanding.

2. I refuse to be disappointed. I give no place to disappointment, anger, fear, frustration, bitterness or offense. I shake off every negative and limiting emotion. I will not be dis-appointed. I will walk in all God has created me for and called me to.

3. I am part of God’s solution. I have a key role to play for the Kingdom in the earth. I will pray and praise my way to the manifested victory.

4. I am an overcomer. I am more than a conqueror. I have the victory in Christ in all that is before me.

5. I receive the encouragement of the Lord. Thank You, God, that by the power of Your Holy Spirit You are in-filling me with courage, strength and boldness.

6. I am filled with faith, hope and joyful expectation.

7. I trust in the will, ways, and timing of the Lord. He is at work. He is bringing about great things.

8. God, You are good. I declare the fullness of Your goodness into the world, my nation, my city, my family, my health, my finances, my relationships, and into the Church. I declare that You are bringing about the very best results in every set of circumstances. I will see the goodness of God!