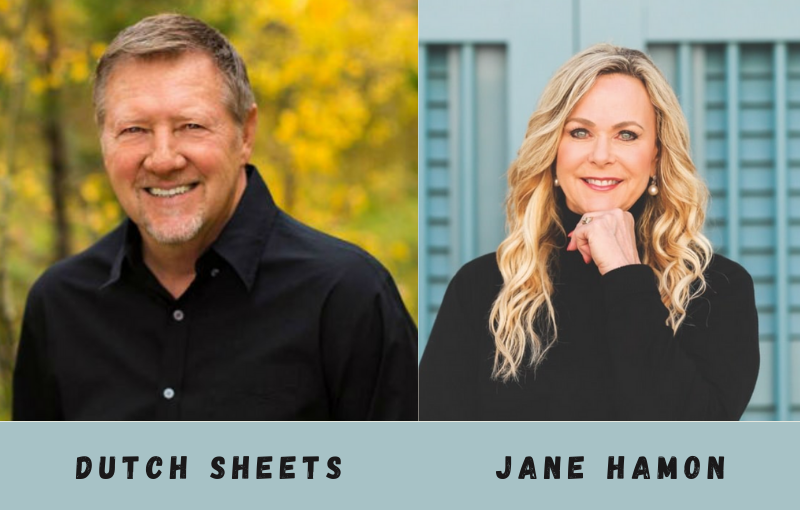 The Angel Shouted: Hold the Line!

Dutch Sheets writes: My friend, Jane Hamon, a seasoned prophet and leader in the Body of Christ, recently had a stirring and encouraging dream regarding America.

Watch and Pray! Riots and Cities on Fire

Jane Hamon says: “We are now in a very important time of spiritual engagement, prayer and contending over God’s destiny and purpose for the United States and other nations in the earth. Romans 13:11 exhorts us to know the time, ‘that now it is high time to awake out of sleep…’ The Spirit of God is awakening watchmen and intercessors to watch and pray as never before.

“On February 2, 2021, I awakened from a dream in which I saw American cities seemingly being overrun by violent rioters in a dark night. Cities were on fire, massive destruction and anarchy was taking place. The rioters were lawless and demonized; in fact, their actions were totally inspired by the demons. A strong, demonic force thought they were in control. (I do not believe this was a reference to the riots that occurred last year in some American cities, but was instead a glimpse into the spirit realm regarding demonic activity currently at work.)

“In the dream, there was a force present which I recognized as riot police. I knew this was actually the Ekklesia who had been assigned to restore order and peace in the nation. They were standing shoulder to shoulder as far as the eye could see, with shields locked and full riot gear on, which I realized was modernized spiritual armour (see Ephesians 6:11-17). They did not have a sword in their hands, for the sword was in their mouths.”

Jane continues, “Initially, I was uncomfortable with the imagery of riot police because of well-publicized instances when they’ve been accused of political repression against honest dissent. However, the job description of riot police is to control unruly crowds, maintain public order, discourage criminality, and protect people and property. When this is understood the imagery is appropriate for our current season of contending as the Ekklesia.

“In my dream, I saw a large angel with a megaphone intermittently shouting, ‘Hold the Line!’ When he stated this, the Ekklesia would march forward two thundering steps, shields locked, pressing back against evil. They were advancing even though every kind of evil was swirling around them. As they marched they released a sound of war (Hu-ah!), and light came from their mouths blinding the enemy! ‘Hold the Line’ rang out again, and once more the Ekklesia marched forward, pushing back evil. The gates of Hell could not prevail, evil would not be stronger than God’s Church.

“The sound the Ekklesia’s boots made resonated in the heavens and I realized the armies of Heaven were marching with them. (Like the four lepers who said, ‘Why sit we here until we die?’ and got up to go to the enemy’s camp. God caused the sounds of angel armies to march with them, terrifying their foe.)

“In the dream, this sound caused the demons to scream in agony and panic as they realized they were not just dealing with humans (the Church), God’s army on Earth; they were also being confronted with the armies in Heaven. Two armies advancing; two armies taking authority and dominion in the earth; two armies bringing God’s Kingdom into the land; two armies pushing back against the very gates of Hell.

“I believe the Lord is saying to His Ekklesia, ‘My people, do not be afraid of the night! The night does not belong to evil. I OWN THE NIGHT! The night only coaxes wickedness out of their hiding places, then when the light is turned on there is no place to run. The night precedes the dawning of the new day. For you are living in the manifestation of Isaiah 60, where it seems darkness is covering the earth and deep darkness and deception cover the people, BUT I the Lord am rising on you! And My glory will be seen on you! THEN nations (even this nation) will come to your light and kings and leaders to the brightness of your rising!’ (See Isaiah 60:1-3.)

“And the Lord is declaring to His Ekklesia, ‘You may feel that you are living in a day in which evil has prevailed. However, I say to you, I am up to something! Did I not say that I would cause evil and corruption to be uncovered? Did I not say there would be days of chaos and confusion ahead? Did I not say I would expose hidden plans and demonic schemes?’ The Lord says, ‘Did you think it would be easy or look peaceful? Ha! Do I need to remind you that the greatest victories come after the greatest battles?’

“You may feel you’re at the Red Sea and Pharaoh’s armies are pursuing. You may even feel trapped and that your plight is hopeless. But the Lord says, ‘I have a plan! I am up to something that no one has seen before. I am going to move in a way that is beyond the natural, it is supernatural.‘

“So, HOLD THE LINE, EKKLESIA! It is a time to advance even in the midst of darkness…

• Hold the line through prayer and prophetic decrees

• Hold the line with worship that opens the heavens

• Hold the line for your own personal peace, joy, and faith

• Hold the line for justice, truth, and righteousness

• Hold the line for the coming revival and awakening

• Hold the line for the destiny of your nation

“Shake off the weariness, and break out of grief and disappointment! Rise up as warriors empowered by Holy Spirit and take your land. Our victory has never been closer, but we must press through the night to the dawning of our new day.” –Jane Hamon

Prayer and Decree From Dutch Sheets:

Father, we are thankful that You have a covenant plan for America and the light of Your glory is shining brightly into the darkness. We thank You that America’s greatest days are ahead, as Your Ekklesia rises up and takes its place of authority in our land. We set our eyes on You, knowing You are up to something supernatural that will usher in the greatest spiritual awakening in the history of the earth.

Lord, give us eyes to see what You are doing. Give us ears to hear what You are saying. Give us courageous hearts that stand ready to hold the line for righteousness, justice, and truth. Give us the spirit of wisdom and revelation so we can push back evil, restore divine order, secure peace and see Your Kingdom advance, in Jesus’ name. Amen.

We decree that the Ekklesia is arising in unity, with shields locked and a sound of victory in our mouths. The gates of Hell will not prevail against us and America shall be saved! We will hold the line and advance the Kingdom.

Dutch Sheets is an internationally recognized author, gifted teacher, and conference speaker. He travels extensively, challenging Believers for passionate prayer and societal reformation. Seeing America experience a sweeping revival and return to its godly heritage is Dutch’s greatest passion. He is a messenger of hope for America, encouraging Believers to contend for awakening. Dutch has written over 23 books, many of which have been translated into over 30 languages. His international bestseller, Intercessory Prayer, has sold over 1 million copies worldwide. Dutch has pastored, taught in several colleges and seminaries, and served on the board of directors of numerous organizations. He is fondly known to many as Papa Dutch. Treasuring time spent with their family and grandchildren, Dutch and Ceci, his wife of 40 plus years, enjoy quiet walks in the woods, reading, and playing a little golf. They make their home in beautiful South Carolina.

Tom and Jane Hamon are the senior pastors of Vision Church @ Christian International in Santa Rosa Beach, Florida. Their ministry together is an example to the Body of Christ of a husband and wife team working in tandem and unity to accomplish God’s purposes. Their ministry is characterized by a rich deposit of God’s wisdom to provide apostolic covering for the Church, prophetic teaching and ministry, and demonstration of Kingdom anointing and power. They travel as an apostolic/prophetic team to the nations, imparting both the spirit of wisdom and revelation to establish the Church and break open territories through spiritual warfare for the Kingdom of God to be experienced in a powerful and practical way. Jane has also written several books, including her very practical work on Dreams and Visions, her call to marketplace ministers called The Cyrus Decree, and her proclamation over women in the Church to arise and be The Deborah Company.