Riding on the Promises of God 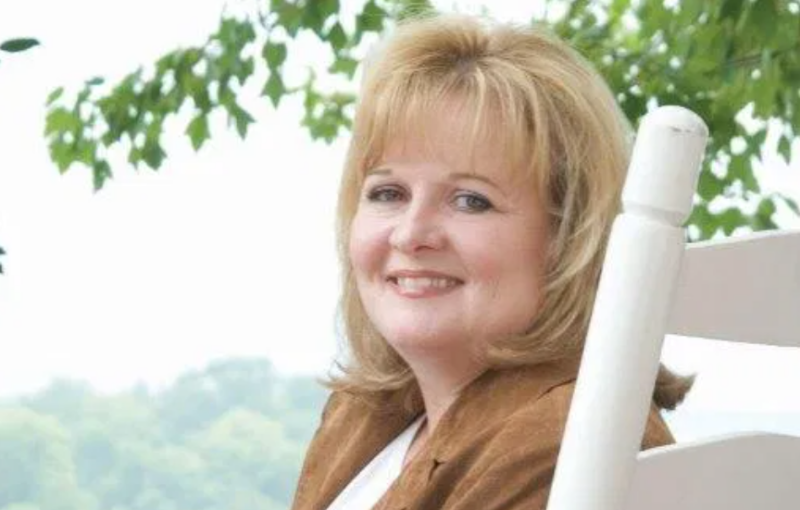 “Riding on the Promises of God: What Are You Expecting?”

When I Fall, I Will Arise

This Scripture found in Micah has been one of my favorites.

As Christians, we don’t want to think that anything bad will ever happen or that we will ever fall, yet we do. I am not talking about falling into sin; I am talking about stumbling and falling and getting knocked down by something that the enemy throws our way. Yet, we have this awesome promise from God that we can declare to our enemy when we are attacked: “Don’t rejoice over me, devil, for God says that when I fall, I shall arise; when it is darkest in my life, my God will be my light.” Isn’t that an awesome promise?

Riding on the Promises of God: Pick Yourself Up & Get Back On!

The getting back up and continuing in faith is vitally important. It reminds me of when I was a young girl. We always had horses growing up. We had one in particular that wasn’t very nice. One day as I was riding her, I got thrown off, but my mom made me get back on immediately. Now, if you have been thrown off a horse you’ll know that the very last thing you’d want to do is pick yourself up right away and get back on. So where’s the wisdom in that? I can tell you. When you get thrown off, if you don’t get right back on, fear sets in and it will build and build until you are afraid of that horse and will never get back on another one.

Many people get hurt and stop taking a chance on believing for something greater; some are disappointed in God and are afraid to trust Him again, but God sees things in a different way than we do. We may look at a situation and think that He has failed us or that He has not kept His word, but that is simply not true. How do I know that? Because His word is infallible, and it can’t fail. He cannot lie. His Word says that He will never leave us nor forsake us. It says that He will always cause us to triumph in Christ. It says that when we fall, we shall arise, and He will be our light in darkness.

Perhaps you asked God for something and stood in faith and it didn’t turn out the way you thought. Don’t get mad at God – trust Him, and get back on that horse. Refuse to quit riding on the promises of God. Get back up and declare that although it may not look the way you want it to look, you are still going to trust God with the final outcome. It may even look like you are seeing the final outcome, but only God knows what the final outcome really looks like.

This Sickness Is Not Unto Death! Speak Life!

Last week, I kept hearing this Scripture over and over in my heart: “…This sickness is not unto death…” I became curious at where that Scripture was located and what “sickness” it was referring to. When I found the reference and read the text in its fullness I had to laugh. Who was Jesus talking about when He said, “This sickness is not unto death.”? Lazarus. He said this two days before Lazarus died (John 11:4-7). He actually died. To his family and everyone around him, he was dead. Not only was he dead, but he had been dead for four days, wrapped in grave clothes in a tomb and stinking.

This is what Jesus calls “not unto death.” He sees things from a different perspective, from a higher viewpoint. If He says it is not unto death, even if you see death all around you, I promise you that God has the final say and it is not unto death. So, rejoice that the One who IS resurrection is on your side, and will speak life into whatever seems dead in your life. It may be dead, stinking, wrapped up and put away, but when Jesus Christ commands it to come forth, it will come forth!

I encourage you today to begin to speak in agreement with Jesus. Speak life into every seemingly dead situation around you. Life will spring forth and God will be glorified. You see, Jesus said that this was not unto death, but so that God would be glorified through the Son. Everyone knew Lazarus was dead, and perhaps everyone knows that your situation is dead too – that’s okay. When Lazarus came walking forth, everyone saw it and it ultimately brought God glory. Your story will do the same. It will bring glory to God in a way that no other outcome could. Trust Him in that.

What Are You Expecting?

Whether you are looking at Proverbs 23:7 which says, “For as [a man] thinketh in his heart, so is he…” or Matthew 9:29 which teaches us, “…According to your faith, be it unto you,” we see, from the Word of God, that what we expect is essential to what our end result will be.

I was thinking about this very thing this morning and about a time when God said to me, “From now on, expect things to go well for you and become much easier.”

Since that day, I have often meditated on the word “expectation,” and today I could not get it off my mind. I began to ponder the many expectations of people I knew from ministry and how difficult it can be to always have an expectation for something good to happen. Perhaps bad things have happened in your life, or you have been disappointed by having good expectations and then seeing the opposite happen. After studying this word, I have found that our expectation is vital to seeing a favorable outcome. Let me share the definition of expectation with you from the Webster’s 1828 Dictionary:

Isn’t that interesting? Hope is “wishing” and its only foundation is desire. However, expectation is founded and grounded on something probable. The other interesting thing I have found is that hope, or wishing, always goes towards good, but when it comes to expectation, it can go either way – good or bad. You expect one or the other to happen.

Let me share one more thing I found out about expectation. An additional meaning for this word is “the state of expecting, either with hope or fear.” According to this definition you will either expect with hope or fear – or we could say, with fear or faith. This should make it simple to determine what we should be expecting. If you expect in faith and according to the Word of God, then you should be expecting a good outcome. That is exactly what the Word of God promises us.

Jeremiah 29:11 says, “For I know the plans I have for you, plans for good and not for evil, to give you an expected end” (emphasis mine). God has promised us an expected end, which is His will for us. However, what we expect is up to us, therefore, a great deal of our end result is also up to us.

Some people don’t tithe because they expect if they do that they will run out of money. Some people tithe knowing that when they do, they will have the “expected end” that the Word of God promises them. Each expectation has a foundation, one of faith and one of fear. One is founded on the Word of God and one is founded on the lies of the devil. Some people love easily because they know that God has promised them that love never fails. Others refuse to love because they have been hurt and the fear of being hurt again drives them.

If I can get one thing across to you today it is this: If you are not fully and always expecting that what God says will be, then change your expectation and do it now. It may be difficult, but it is a choice. When the enemy comes whispering in your ear and says, “This bad thing is going to happen,” talk back to him, tell him what the outcome is going to be and confess your expected outcome. Refuse to move off the Word of God.

I have had logical reasons to expect bad outcomes in certain situations, however, since God spoke this to me, I have literally been practicing directing my expectations according to the Word of God, AND every time I do, standing firmly on it, I have seen my expected end.

You see, that day God didn’t say, “Things will go well and easier from now on.” He said, “EXPECT them to.” He showed me that I have a part to play in the outcome. He was telling me to change my outcome by changing what I expect.

We have a promise from Him, from His Word. Proverbs 23:18 declares, “…[Your] expectation shall not be cut off.” This works both ways. For our good and for evil, you and I will get what we are expecting. The question is, “What are you expecting?”

Kim Potter is the founder of A New Thing Ministries, which sends a daily teaching to over 10,000 people all around the world. Her articles have appeared on The Elijah List, Charisma, Spirit Fuel and iBelieve.com. Kim’s message is one of hope. She speaks to the heart of those who have grown discouraged and disappointed by the circumstances of life and imparts the desire and ability to stand against all odds; to stand for victory. She encourages people to press into God and discover that He is who He says He is.