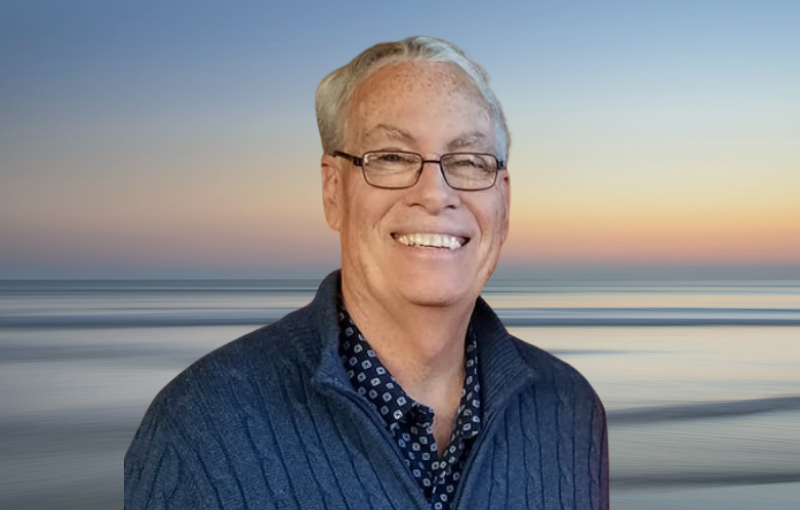 Let me share just a brief personal note to help you understand why the Lord gave this prophetic insight to me. Since the first of the year, I have had ten friends pass away, plus three relatives, one of whom was my wife of forty-one years. We had a phenomenal marriage. So that is thirteen deaths in just eight months. Additionally, I am in a major transition from something to something, and three ministries that I personally launched no longer exist—one due to covid and the other two due to the passing of my wife.

So, I have been dealing with tremendous loss, including the loss of my very best friend, my #1 intercessor, and I frequently find myself in a battle to stay focused and maintain faith for each day. Each loss seemed to push me lower and lower. It was at one of my lowest times that God spoke and said, “New Height, New Fight.” As soon as I heard it, I began to arise.

I realized that what I had been experiencing seemed to be dragging me deeper and deeper into a pit, when in reality I was being lifted up to a higher plain, into new realms that I had not previously experienced. The devil wanted me blinded to this new reality by trying to use anything to keep my eyes turned downward. Perhaps you are experiencing similar things in your life and ministry too.

The Bible says that if the blind lead the blind, they will both fall into the ditch. But with this new, height advantage we can avoid many devil-determined, “death ditch” experiences. And the reason the Lord revealed this is because God is calling me and many others into a brand-new direction, with a fresh course of action, coupled with regenerated directives and brand-new ministry friends, and He wants me and you to have the correct weaponry to be victorious.

Fighting from a Higher Perspective

The Lord went on to share that we are no longer merely shadowboxing and swinging at the air, trying to accidentally hit something, but rather, in this new realm, we can actually see the movement of the enemy and fully visualize his movements in advance, thus giving us a distinct advantage. This gives us superiority and the inside track to create successful ambushes.

While the earth’s circumstances, morals and values—combined with cultural and political issues—seem to be spiraling us downward, this is only the natural viewpoint. The spiritual vantage point is that we are being taken to new heights, and this creates in us the availability to fight strategically and win more battles. This higher perspective gives us understanding and discernment, with discerning of spirits, creating advanced blueprints to thwart the power and schemes of the enemy, exposing his design flaws and revealing where there are weaknesses, major cracks and holes in his plots. This truly gives us the upper hand due to our new height advantage.

After all, we do walk by faith and not by sight. And as a result, our faith enables us to see things we have never seen before, because in the new height, with the new fight, we see victory faster, quicker, with guaranteed wins. Why do you think so many people are having encounters with Jesus, seeing Heaven and visiting the Lord prior to an earthly death? He is preparing many to look higher, while seeing and anticipating what it will take to have a new fight in this new height.

The Lord Will Guide Us with His Eye

The Bible says to fight the good fight of faith. That’s exactly what will happen in this new season and new realm…more faith to see with the eyes of God.

Psalm 32:8 tells us that the Lord will guide us with His eye. We are so used to responding to what we naturally see, but in this new height advantage, we can actually initiate the battle, going on the offense and moving forward to push the enemy back, rather than being on the defense perpetually and always responding to the attacks. A good fight is one that you win, and it is easier to win when you have the upper hand, with the advantage and advance notice of evil operations.

From Below and Above

Isaiah 60:1 declares, “Arise, shine; for your light has come! And the glory of the Lord is risen upon you.” We shine because the Light has come. We rise because the glory is rising. The glory doesn’t fall, as so many like to pray, but rather it arises, and it rises on us as we attain to new heights.

So, the enemy is under our feet because we are seated in heavenly places in the realm with Jesus. Yet, simultaneously, we are rising to new heights with a new fight to deal with the satanic and demonic powers that are attacking us. It’s a duplicity approach and one that the enemy has not experienced before. He is used to being hit and abolished, cut down and destroyed from above, but now, in this new season, the attacks will come from below and above. He will be restrained and stymied from both directions. He won’t know what hit him. Heaven is attacking. Earth is attacking. He is literally caught in the middle, disarmed, and devoured.

The enemy can roar like a lion, but he won’t know whether to look up or down! He will literally be blinded by the light, that shining light that is arising with us to a new height with a new fight. With our new height it truly is a new fight. And the secured victory that many have prayed for, prophesied and declared will now begin to be activated and achieved. It’s a win/win situation. A win from the top down and a win from the bottom up.

Pastor Jay West has ministered in over 1,700 churches in 64 different denominations along with many schools and marketplace locations. He frequently spends time with business, medical, educational and political leaders including governors, congressman, and senators. Jay moves in healing seeing over 7,000 people healed in a very low-key and unhyped way, plus he gets many accurate words of knowledge. Jay is the pastor of a church in Omaha, Nebraska called Kingdom Encounters. Jay is an author, having published four books, including “Downloads from Heaven,” “Willing to Yield,” “Kingdom Encounters” and “Well, Well, Well.”