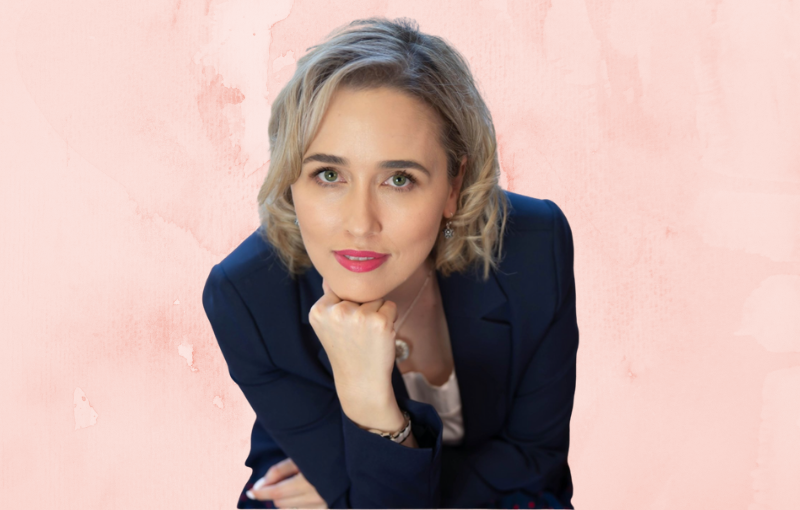 “Judgment and Restoration Are Occurring Simultaneously”

Several months ago, while I was at church, I saw a vision of angels with golden wings releasing healing. Then I heard the Lord speak Malachi 4:2 to me. This is a word of hope and encouragement amidst the turmoil and strife we are currently experiencing globally.

A Season of Judgment and Restoration

This is a time of both judgment and restoration.

“‘For behold, the day is coming, burning like an oven, and all the proud, yes, all who do wickedly will be stubble. And the day which is coming shall burn them up,’ says the Lord of hosts, ‘that will leave them neither root nor branch. But to you who fear My name The Sun of Righteousness shall arise with healing in His wings; and you shall go out and grow fat like stall-fed calves.” (Malachi 4:1-2, NKJV)

We’re in a season where both judgment and restoration are occurring simultaneously. I know we are cautious when speaking of judgment in the prophetic movement, so please hear my heart in this. God is still judging in the earth; He does not change; but for those of us who fear God, the Son of Righteousness is arising with healing in His wings. Now is the time to reach up and receive our healing and breakthrough. This is a season where He is restoring. This ‘healing’ is all-encompassing. It is sozo—the Greek word for total healing and restoration—spirit, soul, and body.

“He heals the brokenhearted and binds up their wounds.” (Psalm 147:3 ESV)

Those of us who humble ourselves, submitting to the healing He wants to bring, will be healed and restored. This will prepare us for the fire set to move in our land.

I’d like to say that the days are getting easier—they are not. The darkness is increasing, but as the darkness grows, the glory of God will continue to rise upon His people, and we will shine more brightly for it (Isaiah 60:1-3).

In the MCU (Marvel Comics Universe), Captain America first meets the Falcon by outrunning him with his super strength in the movie Captain America: The Winter Soldier. If you’ve seen it before, you may recall that he keeps calling out, “On your left!” every time he passes the Falcon. Later on, in the movie Avengers: Endgame, there is a powerful scene where Captain America is standing on the battlefield, on the brink of defeat. Suddenly, he hears Falcon’s voice say, after 5 long years of being missing, “On your left!” Falcon then arrives, unexpectedly, with reinforcements, as Cap’s eyes well up with tears. (I love this scene! It gives me a few tears too.)

“Then the hand of the Lord came upon Elijah; and he girded up his loins and ran ahead of Ahab to the entrance of Jezreel.” (1 Kings 18:46, NKJV)

In this season, we are being given strength to outrun the chariot of Ahab—the enabling spirit that empowers Jezebel. This spirit has caused accusations and a large-scale attack on our characters. If you have been experiencing an increase of accusations sent against you, know that the Lord is releasing the strength of Elijah, right now, to outrun that chariot—to outrun those accusations. It’s time to rise above and remember, He is the one fighting for us. It might feel like the 11th hour at present, but His strength is being lavished upon us as we look to Him to be our vindication.

As we keep reading Malachi 4, it speaks of the spirit of Elijah in verse 5:

As I have stated earlier, we are in a season of both judgment and restoration. We can shy away from language like this; it is understandable with prophetic words of this nature, if they are delivered without any hope and promise. We must understand that, in Christ, we are outside of the judgment of God, but there is judgment being released, as the cup of wickedness is just about full. It has been filling with the injustice, pride, and iniquity perpetrated in the earth. The tears and groaning of persecuted Christians in the Middle East, India, Pakistan, Africa, and more have not gone unnoticed or unheard. That cup is almost full. It’s about to pour out.

Fatherlessness is the greatest cause of these culture wars we are experiencing. We have lost our identity, and as a result, we try to find it in our sexuality, gender, race, social status—the list goes on. As the Church, our identity is in Christ. It is time we modeled this to a hurt and broken world.

As I have been praying through this word, I keep hearing the significance of the ‘left.’ The Holy Spirit led me to this passage in Proverbs, which speaks of wisdom:

“Length of days is in her right hand, in her left hand riches and honor.” (Proverbs 3:16, NKJV)

The Lord is saying that there has been an assignment on Believers’ honor and their resources. For those individuals who have been experiencing significant accusations, the Lord has seen you hold your peace. You have taken it to Him, allowing Him to be your vindicator. You have left it to God.

“Beloved, never avenge yourselves, but leave it to the wrath of God, for it is written, ‘Vengeance is Mine, I will repay, says the Lord.'” (Romans 12:19, ESV)

For those who have left it to God, He is restoring a double portion of honor to you in this season, in the name of Jesus! He is also restoring riches and resources. Provision has been held up for many of us, because of the accusations that have come against us. Malachi 4:2 promises us that we can be fattened, stall-fed calves as we look to Him, the Son of Righteousness.

I prophesy, right now, that as we pick up the sword, striking left against the spirit that has stolen from us, and brought dishonor and accusation, our resources will be released, in the mighty name of Jesus!

Our sword edge, the sword of the Spirit, is currently ordered to strike left. Let’s take up our authority and come against the assignment which has attacked our resources, honor, and character. In the strength of the Holy Spirit, we are going to run with the spirit and strength of Elijah to overcome Ahab, in the name of Jesus.

When Elijah wanted to run toward Jezreel, he girded up his loins—he wrapped up his robes—in preparation to run (1 Kings 18:46). The Lord is telling us in this season to prepare ourselves by girding up the loins of our minds.

“Therefore gird up the loins of your mind, be sober, and rest your hope fully upon the grace that is to be brought to you at the revelation of Jesus Christ”. (1 Peter 1:13, NKJV)

We need to receive His strength and gird up the loins of our minds, so that we can run with strength in our God-given assignments this season.

Father, in the name of Jesus, we come to You with these accusations, which have come against our character and our name. We lay them all before You. We release forgiveness over anyone who has misunderstood or misrepresented us. We forgive them, in the name of Jesus, and release them into the power of our forgiveness. Jesus, You have given us the power to cancel debts; we decree them canceled in Jesus’ name.

Father, You are our vindicator. We ask You to bring double recompense and honor for where there has been shame and dishonor, in the mighty name of Jesus. Lord, we take authority over the Amalekite spirit of robbery which has come to steal our resources. In the name of Jesus, we place the Blood of Christ between ourselves and this spirit, canceling its assignment against our resources, our families, our workplaces, our churches, and our ministries. We say, “This far and NO further! Enough is ENOUGH, in the name of Jesus! Get your hands off our God-given resources, you spirit of robbery. The Lord rebuke you, in Jesus’ name!”

We receive supernatural restoration right now, in the name of Jesus. We pick up our swords and strike to the left. We cancel, cut, and sever any ties restricting our resources and coming against the honor You have bestowed upon us. We humble ourselves under the mighty hand of God. We resist the devil, and he SHALL flee from us. We resist the spirits of Ahab, Jezebel, Amalek, and intimidation. We decree that we are submitted to God alone. Hallelujah!

By faith, we press into Your restoration and healing in this season. Heal our hearts, Lord! Restore what has been stolen, in Jesus’ mighty name. We commit ourselves to waiting on You. Amen.

Naomi Byers is passionate about training the Body of Christ in their prophetic gifting, and teaching sound, biblical doctrine. She is a teacher, wife, mother, and author. She spent 15 years as a high school chemistry and science teacher and is deeply passionate about education. Naomi is submitted to the leadership of Glory City Church and is a member of the Glory City Network for Itinerant Ministers. She lives in Brisbane, Australia with her beautiful family.