I Have Set Before You an Open Door 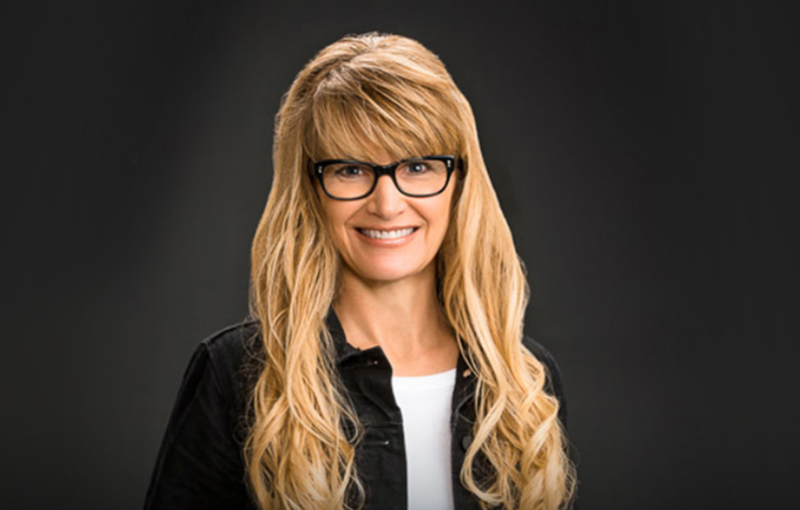 I Have Set Before You an Open Door

Perhaps you recall the game show “Let’s Make a Deal.” You kind of have to be my vintage to remember it. There have been remakes of the show, but the original ran from 1963-1976. In most of the games, contestants had to decide whether to keep a cash amount or trade for what was behind door number 1, 2, or 3, without knowing what was behind that door.

The Lord has been speaking to me a lot about doors recently. Doors can represent decision, opportunity and expectation. I see 3 doors reflected in Scripture, and one in particular that stands open before us today.

I call door number 1 “Sin,” or “Death.” This door is referenced in Genesis 4, with the context being that God did not approve of Cain’s sacrifice.

One time when my youngest returned from Sunday school class, I asked him what he had learned. He replied, “God didn’t like Cain’s carrots.” What a great (and cute) illustration. In Genesis 4:7 (NKJV), God said to Cain, “If you do well, will you not be accepted? And if you do not do well, sin lies at the door. And its desire is for you, but you should rule over it.”

We don’t want what’s behind door number 1—sin and its effects (Deuteronomy 28:15-68). That door is easy to eliminate.

Door number 2 is what I call “Life.” Behind this door lies not just salvation, but abundant life. Jesus said in John 10:10 (NKJV), “The thief does not come except to steal, and to kill, and to destroy. I have come that they may have life, and that they may have it more abundantly.”

This promise of life and abundant life is prefaced by a reference to a door. In John 10:7 (NKJV) Jesus said, “…I am the door of the sheep.” Again in John 10:9 (NKJV) He said, “I am the door. If anyone enters by Me, he will be saved, and will go in and out and find pasture.”

It was many years after becoming a Christian before I discovered that salvation was a process. I was saved at age 10, but by the time I was in my early 40s I was a miserable, hopeless wreck—suicidal even. What I didn’t realize is that although a person’s spirit is born again in an instant, we can carry around a lot of wounds and baggage, which until addressed, can prevent us from living an abundant life.

At that point, I discovered that there were key areas contained within Scripture which no one in my world had been talking about. They remind me of the natural law, or the principle of gravity. You might not know about gravity, might not understand how it works—you might not even believe in gravity—but if you step off a tall building, you will get hurt; you will be impacted because gravity doesn’t care what you think.

These key areas are like that. Simply because they exist in Scripture, they have a certain effect on your life—whether you realize it or not.

The first area is ungodly beliefs, or mindsets. These are beliefs and attitudes that do not agree with God—how He reveals Himself through His Word, nature and character. These are beliefs we develop about ourselves, other people, the world around us, and God.

For example, you might think of yourself as a failure. Perhaps your parents told you this, and perhaps circumstances of life seemed to confirm it. Or let’s say you’re a woman whose father abandoned you as a young child, and later, your husband left you. You might conclude that all men can’t be trusted. Concerning God, you might decide that God is dead—that’s something I came to believe by my early 40s. This happened because, over time, I decided God didn’t care for or about me—He never answered my prayers for healing from migraines, or for certain difficult relationships in my family to improve.

Romans 12:2 reveals that we are not to be conformed to this world, but to be transformed by the renewing of our minds.

The second area relates to generational sin. There are tendencies or propensities toward certain negative or destructive behaviors that we can inherit from our ancestors. We might see cycles within families of anger, addiction, abuse, abandonment or low self-esteem. There can even be physical ailments. Personally, I suffered from terrible migraines and insomnia for many years—both of which plagued my mother.

Both Jesus and the disciples affirmed that consequences of generational sin can exist (John 9:1-3), and Ezra in Nehemiah 9:2 provides us with a model to remove those consequences. The accumulation of these sins continues until we repent for ourselves and on behalf of our forefathers (see also Exodus 20:5-6).

The third area is deliverance. This is the “pressure” we might feel from sources which we know are not God, to either get us to sin, or to keep us bound in limitations. Acts 10:38 tells us that Jesus was anointed by God with power and the Holy Spirit and that He went about doing good and healing all who were oppressed by the devil. As I mentioned before, by the time in my early 40s, I was oppressed, repressed, and depressed—I was pressed! If you can relate, I have good news—Jesus died for that too.

The fourth area is soul/spirit hurts. These are the hurts (wounds) to the soul or spirit which are carried on the inside of a person. They are not physical; they cannot be seen. Their presence is revealed by their symptoms—the manifested evidence of unhealed emotions, behaviors, or thoughts. Psalm 147:3 reveals that He heals the brokenhearted and binds up their wounds/sorrows (see also Luke 4:18-19).

Some sources of soul/spirit hurts are:

• being easily hurt/offended
• lack of joy/purpose/zest for life
• feeling stuck, like you’ll never grow or move forward in life—or even like you’re moving backward

I was definitely affected by source number 1, as my mom and two of my brothers were killed in a horrible accident when I was 17. It wasn’t until I addressed this and allowed the Lord to begin the healing process that I began to move forward. The first thing the Lord did was to deliver me of extreme shyness and withdrawal. That happened literally overnight. Other things like healing from migraines and insomnia took longer—even years—before they were gone.

Here’s what I did, and what you can do to begin the healing process:

1. Allow the memory to surface. Ask the Lord what memory you need to deal with; it may already be there in your mind.

3. Ask for God’s presence to invade the memory together with you. Invite Jesus into the memory.

When I did this, concerning my mom’s accident, I pictured myself in my childhood home, all alone, at age 17. I saw myself picking up the phone. It was my dad telling me that there’d been a horrible accident. I saw myself sobbing, but I also saw Jesus this time. He was there comforting me—putting His arms around me and telling me He was sorry that this had happened, that it wasn’t His plan.

Sometimes we might tell ourselves, “Well, God allowed it.” But remember, it is the thief who comes to kill, steal and destroy—not God. When I see death, destruction and devastation I do not attribute it to God. From the time that Adam and Eve sinned, what God allows is for sin and the effects of sin to perpetuate. And until the time that that dirty old dog, satan, is bound in chains and thrown into the lake of fire, sin and its effects will continue to bear down on us.

It is the Holy Spirit who heals us on the inside—ask!

“…I will give her her vineyards and make the Valley of Achor [troubling] to be for her a door of hope and expectation. And she shall sing there and respond as in the days of her youth and as at the time when she came up out of the land of Egypt.” (Hosea 2:15, AMPC)

Door number 3 is the door of hope. You can’t fully appreciate this door without understanding a bit of the backstory. Hosea, at God’s request, had married a prostitute who worshiped idols. His marriage was a wreck and the nation of Israel was not much better off.

The Valley of Achor (or “Troubling”) is referenced in Joshua. The children of Israel had had a tremendous victory over Jericho, but went on to suffer disaster at Ai. There, Achan sinned and hid the sin, which caused God to remove the blessing from over the nation. The place where Achan was stoned to remit the sin was called the Valley of Achor or Troubling.

In that place of overwhelming circumstance and trouble, God spoke to Hosea of hope, restoration and turnaround.

The Lord might be trying to open a door of opportunity for you, but issues like unforgiveness and unhealed soul/spirit hurts may be hindering the blessing of God. Certain unresolved issues have to be addressed in order for the blessing to flow. Consider these suggestions:

1. Seek the Lord regarding your life. ASK! Spend time with Him and review the past. Is there anyone you need to forgive? Have you been hurt by someone or something and need to get healed from the pain?

2. Release the circumstances, disappointments and expectations that you felt went unmet by your heavenly Father.

3. Ask the Lord if there’s anything to repent of—either for yourself, or on behalf of your family/ancestors.

4. Ask the Lord to reveal a new strategy for you to move forward. Do you need to find some new friends, formulate some new habits, or extend an olive branch to anyone from your past?

There stands before you an open door—His name is Jesus. Remember, in John 10:7 and 9 Jesus said, “I am the door.” Whatever it is you need—the way, the path, the door is Jesus.

What’s in a name? Everything! Salvation. Wholeness. Abundant life. Hope. Healing. Deliverance. Acts 4:12 (NKJV) says, “…[T]here is no other name under Heaven given among men by which we must be saved.”

Through Jesus’ name we receive salvation, and so much more… JESUS IS THE DOOR!

Diane Lake is a writer, speaker and minister ordained with both Christian International and Generals International. Her articles are regularly featured on The Elijah List, as well as platforms like Charisma Magazine, Charisma News, Intercessors For America and others. She and her husband, Allen, co-founded Starfire Ministries with a vision to see the Kingdom established beyond the four walls of the traditional church. They host a podcast with Charisma Podcast Network, and serve as Church Mountain, Regional, and Montana Coordinators for the Reformation Prayer Network, and as Media Mountain Leader/Facilitators for C.I.’s Culture Influencers.