I Am Amplifying My Voice! 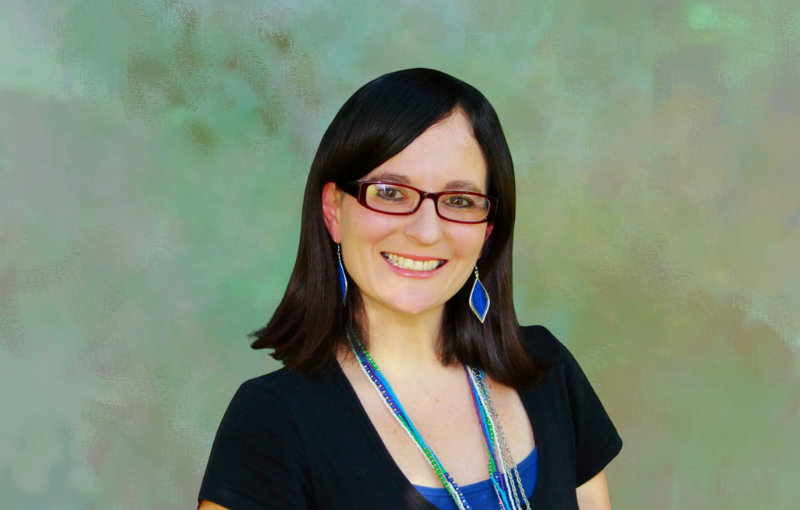 “God Says: Daughters, I Am Amplifying My Voice Through You!”

Recently, the Lord showed me that many daughters of God have experienced an attack on their voice. There has been a spirit of intimidation, fear, confusion, physical infirmity and blockages coming against their voice and what they are called to ‘herald,’ but the Lord is saying, “TODAY, this attack is beginning to BREAK in My name.”

I then heard the Lord say, “The enemy may have thought he could touch and steal your voice, but I say unto you, I am now amplifying My voice through you.“

The Lord then began to speak again over these daughters who have felt the attack so strongly on their voice:

“You are going to begin to stand and release My voice and what I am speaking with a clarity, creativity, an authority and anointing that you have not moved in before. I am raising you up to release MY SOUND that comes from the place of deep communion with Me.

“The enemy has come and attacked you BECAUSE of your purity of heart and the purity of your voice. I am speaking now that this attack is breaking, and I am teaching you, training you, and imparting to you a greater understanding of My WISDOM and My VOICE that changes EVERYTHING.”

A Shaking and Release of Boldness

Suddenly, I saw the classroom begin to SHAKE. It was shaking like an earthquake; everything was trembling. I heard the Lord speak again:

“The enemy came to shake and rattle you, to steal your voice, but I say unto you that in this classroom with Me, deep in the chambers of My heart, there is a weighty impartation of BOLDNESS that I am releasing to you in the revelation of My majesty, My holiness, and the power of My voice. There is a ‘deeper and deeper’ awakening that is increasing of WHO it is that is speaking to you. The revelation of who I am, My nature, My majesty and My authority is going to cause every part of you to vibrate under My power. You are beginning to experience the deep groaning of My Spirit that is bringing forth the birthing of the NEW.

“In these deep encounters with My majesty and holiness—and in the awakening of Who it is that is speaking to you—I am releasing upon you a BOLDNESS that you have not yet walked in. It is a boldness to NOT BOW to culture. It is a boldness to consecrate yourselves in greater ways from the impurity of self-promotion and pride within My Church. It is boldness to speak My wisdom WITHOUT APOLOGY, yet dripping in love.

“Indeed…we are going into new territories. We are pioneering together the new thing that I am doing, and I am raising you up to carry the THUNDER of My voice which will release the awe and wonder of who I am, miraculous breakthroughs, and signs and wonders as you obey and release My wisdom to SPEAK that which I am speaking. There will be MIGHTY signs and wonders that will accompany MY voice of thunder, which will RESOUND through you.”

“At this also my heart trembles and leaps out of its place. Keep listening to the thunder of His voice and the rumbling that comes from His mouth. Under the whole Heaven He lets it go, and His lightning to the corners of the earth. After it His voice roars; He thunders with His majestic voice, and He does not restrain the lightnings when His voice is heard. God thunders wondrously with His voice; He does great things that we cannot comprehend.” (Job 37:1-5 ESV)

You Are My Arrow That I Will Send Forth with Fire!

In this encounter, I then began to see Jesus at the front of the classroom; He was holding arrows in His hand and He was sharpening the arrowheads. As He sharpened them, He had a smile on His face that was one of joy, authority and excitement.

I then heard Him say, “You are My arrow that I will send forth with fire. Through all you have endured, I have been sharpening you. I have been preparing you to be sent forth into new assignments as My arrow, to pierce the darkness and to bring My light; to release My fire into new spheres, new realms and new places.

“Now, in the classroom that I have brought you into to teach you, reveal to you, and impart to you revelation and insight—the deep mysteries and secrets of My heart and what I am speaking—you shall hear My voice with greater clarity than you ever have before. You shall receive divine strategy and wisdom at a level you have not carried before.”

I then saw Jesus take the hands of those in the classroom and He led them to stand upon two words: SYNCHRONIZED and SIMULTANEOUS.

Synchronize: To cause to occur or operate at the same time or rate, or adjust (a watch or clock) to show the same time as another.

Simultaneous: Occurring, operating, or done at the same time.

In this place of encounter in the classroom with Jesus, I also knew that as they were being taught by the Holy Spirit on the power of His voice, and awakening to Who it is that is speaking to them in unprecedented ways—His voice was also being amplified through their mouths.

On the Job Training and Simultaneous Birthing

Then I heard these words: “Learn as you go. On the job training.” I was surrounded by a sense that the Lord was bringing these women deeper into this place of encounter with Him, and at the same time, they were being released into new assignments, empowered by the Spirit of God in the wisdom, revelation and insight which was received in the classroom setting with the Lord.

It was a miraculous, beautiful place of hiddenness; a deep, deep place of encounter with Him where they could learn more than ever before, by His Spirit and in His Word. At the same time, it was a place where they were being released into the new arenas, on assignment, to walk out with the Holy Spirit what He was teaching, imparting and releasing to them, all at the same time.

Then His voice surrounded me: “Simultaneous birthing…Expect to see the birthing of My Spirit in many areas as you learn and move in the new assignments with Me. I am not only restoring your voice, but amplifying My voice through you into new realms of favor.”

As this encounter and impartation was happening, I watched a “healing anointing” flooding the room. I then heard the Lord speak over them, “Your physical strength and bodies are being healed and restored. Physical limitations and issues will be left behind. You will go forward with renewed strength, youth and vitality in My name.”

A mighty wind of the Spirit began to blow. As I watched it blow fiercely, not only were bodies being healed and strength renewed, but as soon as the wind touched hearts, they suddenly received healing. Hearts received a second wind. Hearts received life again.

Disappointment, despair, disenchantment, hopelessness, pain, trauma, grief, weariness, and other heavy weights within hearts that had been carried for so long, were suddenly removed. They were healed. Freedom flourished. Life blossomed again in His presence. Joy was restored and a “spring in the step” was released by the power of His Spirit to enter into the new dawning day before and upon them.

As the encounter ended, I saw the sun rising and then bursting through clouds! I heard Psalm 16:11:

“Because of You, I know the path of life, as I taste the fullness of joy in Your presence. At Your right side I experience divine pleasures forevermore!” (TPT)

“You will show me the path of life; in Your presence is fullness of joy; At Your right hand are pleasures forevermore.” (NKJV)

“You will make known to me the way of life; in Your presence is fullness of joy; in Your right hand there are pleasures forever.” (NASB)