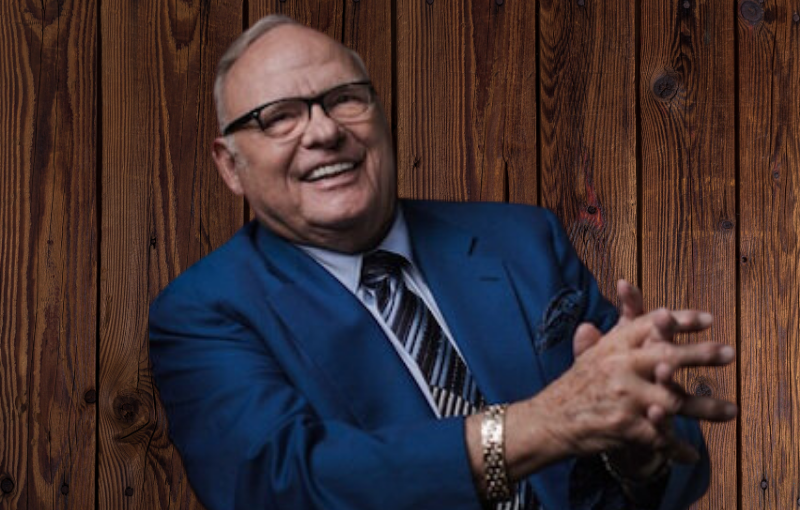 The next major thing to take place on God’s divine timetable is not the second coming of Christ but another major restoration movement.

For if, within this last minute, all things had been restored, then the second coming of Christ would be taking place right now. Jesus is extremely desirous to return for His Church. The moment the last thing is restored, Christ will give a great shout, and Gabriel will blow his trumpet as Jesus returns accompanied with the spirits of the departed saints (1 Thess. 4:13-18). Jesus Christ will resurrect the bodies of the saints and reunite them as His redeemed spirit, soul, and body people.

During the same moment, He will immortalize the bodies of the saints still living on Earth, instantly lifting them up in the air to join with the other saints. By this miraculous act, Christ Jesus reunites His Church from Heaven and Earth into one eternal Church to be His Bride and co-reign with Him over Heaven and Earth. For this reason, present-day saints should be working toward and believing for more restoration, rather than just gazing into the heavens hoping for an imminent second coming.

There can be no second coming until there is a full restoration of all things spoken by the prophets. This is what the apostle Peter was making reference to when he told us to “hasten” the coming of the Lord (2 Pet. 3:12). We cannot hasten Christ’s coming by just preaching that it is going to happen soon, but we can by “preparing the way and making ready a people” for His second coming.

We prepare the way by receiving prophetic revelation on what needs to be restored and then becoming instruments in the hand of the Holy Spirit to bring about the restoration of all things, so that Christ can be released from Heaven to return. We make ready a people by transforming every saint into the image and likeness of Jesus so that they can manifest Christ’s full manhood and ministry (Rom. 8:29).

Present-day fivefold ministers and saints must accept the reality that there are things that the last generation of the mortal Church must fulfill and accomplish before Christ can return. In order for the Omega-generation saints to fulfill God’s purpose, they must come to the fullness of the way, truth, and life of Christ (John 14:6). The saints must come to the unity of the faith until they become one even as Jesus and His Father are one.

Jesus declared that the world would not believe and be one to Christ until the saints are one with one another in Christ (John 17:20-23). The greatest harvest ever recorded in Church history will happen when this unity takes place. Apostle Paul declared by divine revelation that all fivefold ministers must continue ministering to the saints until every member of the Body of Christ is fully functioning in their membership ministry (Eph. 4:13).

Preach More on the Truths That Produce God’s Purpose

These scriptural realities are just a few of the things that must be accomplished first before Christ Jesus can return. We should be preaching more about these things than the imminent return of Christ. Preach His second coming, but also prepare the way and make ready a people so that Christ can return. We are not waiting on Him; He is waiting on us! Evangelical ministers have been declaring the immediate return of Christ for hundreds of years. While they have been asking for His literal coming, Christ has been coming spiritually again and again to the Church as present truth in several major restoration movements.

Evangelicals and Pentecostals have been declaring for years that the next thing on God’s agenda is the second coming of Christ. Like Noah proclaiming for a hundred years that there was a flood coming, one of these days they will be right. He will come! However, if Noah had preached about the flood but had not, at the same time, prepared the ark so he and his family could be the transition generation, they would not have been prepared to make the transition from the old world to the new.

There is a transition generation today who are preparing their ark of conformity to the image of Christ so that they can make the transition from old Earth to new Earth. Christ’s prophesied second coming will soon be history just as the prophesied flood is now history. His coming is real and will happen, but it cannot happen until all things are revealed and fulfilled. We cannot hasten His coming just by longing for it, but we can hurry it along by co-laboring with the Holy Spirit in restoring all things.

God’s Provision and Preparation for Restoration

While Jesus was on Earth, His natural body was the home and headquarters of God here on Earth (Col. 2:9). Now the Church, as the corporate Body of Christ, is the home and headquarters for Jesus Christ here on Earth (1 Cor. 12:27; Eph. 2:22). The personal body of Jesus was used of God to provide all things, overcome all things, and fulfill all things necessary for the redemption of mankind. The shedding of His life’s Blood paid the price for the purchase of His Church (Acts 20:28). He authorized it by His resurrection from the dead and birthed the Church by His Holy Spirit on the day of Pentecost (Rom. 1:4; Acts 2:4). The body of Jesus contained the fullness of God and was used to accomplish all of God’s will and purpose for the human race (Acts 3:18).

Jesus and His Church Will Co-Labor Together Forever

God’s purpose for the human race was to have a special group of redeemed people to be in relationship with Him and to show forth His glory on the earth (Heb. 2:10; Eph. 1:6,11). These special people make up His Church. It was God’s purpose for the Church to be the Bride of Christ, thus making the saints who are part of the Church/Bride heirs of God and joint-heirs with Christ Jesus. This means that the Church is one with Christ and participates with Him in all that He shall ever do or be, both now and throughout eternity.

In His physical body on Earth, Jesus fulfilled every prophecy concerning Himself personally until His second coming: “…Those things which God foretold by the mouth of all His prophets, that the Christ would suffer, He has thus fulfilled” (Acts 3:18). When Jesus declared, “It is finished,” and “I have finished the work which You have given Me to do,” it revealed that Jesus had finished the work that had to be done by Himself personally, alone (John 19:30; 17:4). After Jesus had fulfilled all things, He ascended back to His Father who then said to Him, “…Sit at My right hand, till I make Your enemies Your footstool” (Heb. 1:13).

Jesus now sits at the right hand of God in that heavenly place, making intercession for the saints (Rom. 8:34). He is praying that they may finish all He began and accomplish all that He appropriated for His Church. That part of Jesus’ ministry as a lone minister is over forever. Never again will He have to do anything alone. Whatever else is to be done will be done with, in, and through His saints (Eph. 3:20)!

Jesus is interceding for His saints that they will work with His heavenly Father to make all His enemies His footstool, to restore and fulfill all things, and to prepare the way and make ready a people for His second coming.

Jesus Has Eternally Joined Himself to His Church

He united Himself with His Church in its origination and did not forsake His Bride during the period of deterioration. He has continued to give Himself to His Church time after time in restoration, and will continue until His Church/Bride reaches her ultimate destination. Jesus has delegated His power of attorney unto His Church for the performance of His eternal purposes (1 John 4:17; Eph. 3:10-11; Matt. 28:18-20).

Just as Jesus declared that the Father had delegated all authority unto Him, so has He now delegated all of His authority unto His Church (John 17:18; Matt. 28:18). This does not take glory from Him any more than Jesus having all the power of the Father detracted from God’s glory. The authority of Jesus was based on Him doing the will of His Father. In like manner, the authority of the Church saints is based on them ministering with the mind of Christ according to God’s Word, will, and way.

All things yet to be revealed, restored, or fulfilled will be accomplished in, by, and through Christ’s Church. Jesus knows that His Father has decreed that He must be held in Heaven “…until the times of restoration of all things, which God has spoken by the mouth of all His holy prophets since the world began” (Acts 3:21).

Father God has declared to His Son, “You have paid the extreme price. You have provided all things and have accomplished all things necessary for every purpose of God to be fulfilled. You have done it all; now sit here at My right hand and enjoy watching Your Church, which You purchased with Your own Blood and empowered by Your Holy Spirit, subdue all Your enemies and put them under Your feet as Your footstool” (Acts 3:21; Heb. 1:13).

The Saints Are Christ’s Instruments for Prophetic Fulfillment

When we know the things that must yet be activated, restored, and fulfilled in order for Christ to return, then we can knowingly co-labor with God for their full restoration. We can be like Daniel, who received a revelation that Jeremiah’s prophecy concerning Israel’s 70-year captivity was reaching fulfillment and that it was time for full restoration (Dan. 9:2; Jer. 25:1-14). He began to intercede in prayer for the prophetic fulfillment of Israel’s restoration to their homeland. Ever since God created mankind, He does nothing on Earth without a person participating with Him in bringing it to pass.

We do not want to be guilty of the failure of the generation to which Isaiah gave the prophetic indictment, “…None saith, Restore” (Isa. 42:22 KJV). None of the leaders of that time were believing for and working toward bringing restoration to God’s people and the nation of Israel. No one had a vision for restoration. Though none were saying restore, yet God declared, “I will restore…” (Joel 2:25).

There are over 30 Scriptures speaking of restoration, growing from faith to faith, strength to strength, glory to glory, and growing in grace and knowledge until we “grow up into Christ in all things,” until we are “conformed to His image,” “a glorious Church without spot or wrinkle,” “like Him,” “unto a perfect man even to the measure of the stature of the fullness of Christ Himself.” The Scriptures definitely teach that there will be “line upon line, precept upon precept,” restoration of truth upon restoration of truth, until the Church comes to its divinely predestined purpose.

Dr. Bill Hamon is the founder of Christian International Ministries. A prophet for over 60 years, he has prophesied to more than 50,000 people and provided prophetic training for nearly 300,000. He has authored seven major books, specializing in the restoration of the Church and what to expect next on God’s agenda. Dr. Bill Hamon is respected by church leaders around the world as a senior leader of the prophetic/apostolic company God is raising up in these last days. He serves as bishop to over 4000 ministers and churches around the world.