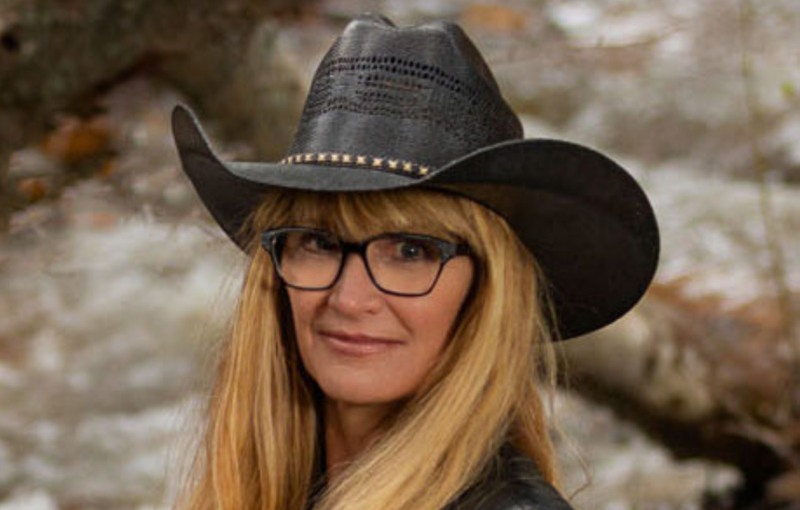 “I Heard the Lord Say: Get Ready for Expansion and Growth”

The Lord has been repeatedly drawing my attention to Isaiah 54 recently. I encourage you to read the Scripture in its entirety, but particularly verses 1-3. The “barren woman” was told to rejoice in these verses, for not only was she going to bear many children, but she also needed to enlarge her tent and dwellings in preparation for all the children coming.

In a dream one time, I saw myself pregnant, posting selfies of my baby bump on Facebook. As I awoke, I heard, “Children of the promise.” Paul used this phrase in Galatians 4:28 to speak of the spiritual children of Abraham. But it’s important to catch the context. The verse preceding quotes Isaiah 54:1—the prophetic promise of many children coming!

“For it is written: ‘Be glad, barren woman, you who never bore a child; shout for joy and cry aloud, you who were never in labor; because more are the children of the desolate woman than of her who has a husband.'” (Galatians 4:27)

Friends, I hope you can see what I see in this. A move of revival is about to be birthed. God is getting ready to expand His “family,” bringing many more “children of promise” into the Kingdom. And like the barren woman, we need to prepare.

The Coming Wave of Glory

Since then, I’ve had many confirming dreams of this move of revival about to be birthed, and the necessity for those who are willing to steward it. In one dream I had a vision of a baby in the sky, and when I awoke I heard the Lord say that many more children are coming. Another dream revealed that revival is especially coming to Asia.

This move of revival will be accompanied by a wave of His glory bigger than any we’ve ever seen. Believers will be operating at a new level of power; raising the dead will be commonplace and ordinary. I heard the Lord say, “The second glory shall be greater than the first.” (See Hag. 2:6-9.)

It’s something I’ve talked about for years—this coming wave of glory. Even recently, I’ve heard the Lord talk about it like this: first comes “the party”—the regular glory as we know it so far. Then comes the “after party,” which we might think of as the “better party”—a greater display of His glory than any we’ve yet seen.

The winds of change are blowing. We’re in a transition period entering a new season, a season of acceleration. It’s important that every single one of us prepares to participate in this “after party” move of His glory that will be an integral part of this new season.

God Is Asking: Will You Partner with Me?

Let me begin by saying that I’m a mother of three sons. One of my sons died of SIDS at two months and is in Heaven now, and my other sons are 27 and 32. So together with one daughter, I have a total of four children, all of whom my husband and I adopted from South Korea as babies.

The setting for the dream is that at this point in my life, I had two young children—my oldest son and daughter—and my husband and I had been considering whether to adopt a third baby. After deliberating, we decided that we would, and began moving forward with the adoption process. This dream took place while we were waiting to be matched with our third child.

In my dream, I was at Sea-Tac airport waiting for the escort to bring me this baby. (We always went to Sea-Tac to get our children, who were flown from South Korea in the care of an escort.) As I waited, a woman escort walked up to me, but she was holding two babies instead of one. She looked at me and said, “You know, we have so many children that need homes. Would you take two babies instead of just the one you were planning to?”

Immediately thoughts began flashing through my mind. My hands were already very full with the two children I had, and I knew that three would be a lot to handle. I wondered, “Could I really care for four?” (Meanwhile, this other baby’s right there, looking up at me.)

But in the dream I said, “Yes, I will take both of these children.” It’s like I knew that I had to; a level of compassion stirred in my heart that compelled me to, even though I was unsure how I would manage the extra responsibility. Then I woke up.

Fast forward one whole year. As events transpired, we were matched with a baby boy we named Dylan, but as I said, he died of SIDS at two months old, before we were able to bring him home. After debating we decided to move forward with the adoption process once again, and we had already brought home my youngest son (the one who’s now 27) before it hit me that the Lord had shown me ahead of time that I would actually have four children, rather than three.

But recently the Lord revealed a new level of profound revelation and meaning contained in this dream that I had never seen before, and another reason I believe God needed me to agree to having this fourth child. I didn’t know what I was saying “yes” to, obviously, but He wanted me to choose.

At that time, He was essentially saying, “Would you like to have four children? Would you have room in your heart to do this? Would you like to be a part of My plans to give this baby a family?” God wanted me to participate, even though I didn’t really comprehend what I was saying yes to.

Now I see a profound parallel between this dream and the revelation of many more “children of promise” coming. Essentially God’s saying to us, “I have more children than I know what to do with. Do you have room in your heart to help care for these children—to steward the harvest with Me?”

Just like in my dream, you may not feel capable or even understand what you’re saying yes to, but I sense God asking, “Will you partner with Me?”

The “New and Improved”

There’s a level of exposure coming; things will be coming to the light of day. He’s cleaning the house, but in a good way (see Lk. 12:2-3; 1 Pet. 4:17). Every single one of us needs to be seeking the Lord to reveal if there’s anything He would like to address. He doesn’t want anything cluttering up the flow of the Holy Spirit. He wants us ready to be used at the greatest level possible in this coming harvest.

Here are some suggestions to help position you, and even the order is important:

• Tell the Lord you want to be used in this coming wave of glory. Say, “Yes, I will partner with You to help care for the many children coming.” Tell Him you’ll take some responsibility.

• Ask the Lord to reveal anything you need to do to be made ready; ask Him if there is anything hidden that needs to be revealed (see Ps. 139:23-24). God is speaking directly to people in this season. He’s going deep. If you ask Him sincerely, He will respond.

The Lord wants you and me to be the “new and improved” you and me, so that we’ll all be part of the new things He’s going to be doing.

I hear Him asking, “Who wants to be a vessel used to display the greater glory?”

Diane Lake is a writer, speaker, and minister ordained with both Christian International and Generals International. Her articles are regularly featured on The Elijah List, as well as platforms like Charisma Magazine, Charisma News, Intercessors For America and others. She and her husband, Allen, co-founded Starfire Ministries with a vision to see the Kingdom established beyond the four walls of the traditional church. They host a podcast with Charisma Podcast Network, and serve as Church Mountain, Regional, and Montana Coordinators for the Reformation Prayer Network, and as Media Mountain Leader/Facilitators for C.I.’s Culture Influencers.