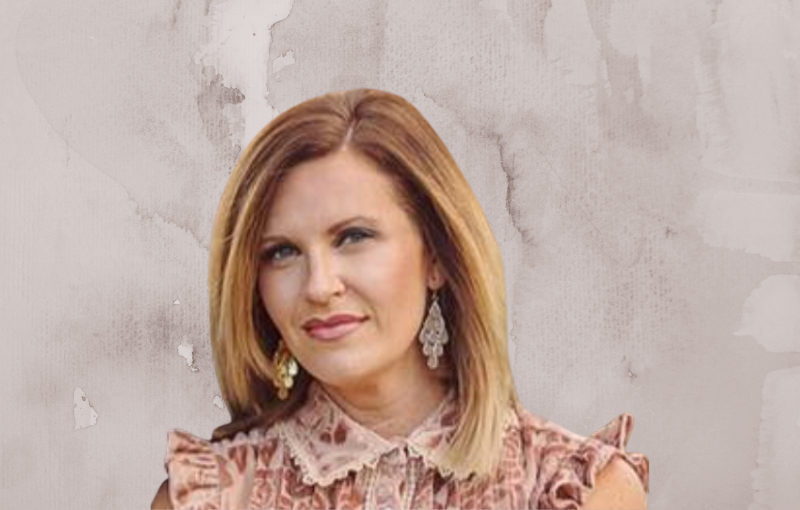 “Declaring Breakthrough! Rise Up and Take Back the Ground!”

While in prayer this week, I heard the Holy Spirit begin to speak about His righteous alignment in this hour. Many things have felt off-kilter, and decisions have been made without clarity or secure footing. War within our communities has caused our eyes to come into focus on the wrong source. And because of this, we have felt the waves of warfare even more significantly than in past seasons. Many are now facing unnecessary battles, and they need them to come to an end.

When the Kingdom of God is advancing on the earth, we are often met with resistance. This resistance comes because of the power and authority that is recognized within…His name is Jesus!

As a body of Believers, we are automatically an enemy to the Kingdom of darkness. Resistance isn’t a bad thing; it signifies that you’re moving in the right direction! But it is essential to wage a good warfare and NOT QUIT due to weariness!

I feel the Holy Spirit is releasing explicit instructions to His Church in this hour to RISE and take back the ground that has been illegally seized. These divine instructions will help carry us as a people to the completion of His promise.

The psalmist wrote in 119:107, “I am afflicted very much; revive me, O Lord, according to Your Word.” To gain the proper perspective of what is happening in His Kingdom, we must come into complete alignment with HIS WORD!

The Holy Spirit spoke to me that in order to experience the revival that the Church is asking for, we must first allow His Word to be revived within us!

Revival is the strengthening or conditioning of a thing! There is a strengthening coming to the core of Christ’s Body, and it is coming from within HIS TRUTH! We must understand that to release revival, His Word must first revive us! “…Thy Word is truth” (John 17:17).

For those who have felt the affliction, ask for His Word to REVIVE you again! You will be strengthened and nourished in His truth and ready for whatever is coming next!

In Mark 3:22-27, we see where the religious community brought heavy accusations against Jesus. “And the scribes who came down from Jerusalem said, ‘He has Beelzebub,’ and, ‘By the ruler of the demons He cast out demons'” (v. 22). This is a pretty intense thing to say about someone, let alone Jesus! These scribes were those who operated in the holy things of God; those who had the priestly inheritance in the bloodline right. They knew the “rights and rituals” and yet failed to see with spiritual eyes.

We must ask to see with spiritual eyes in this hour. In the last several years, the Body has spent more time fighting against each other than we have spent advancing the Kingdom. Many have missed a promotion because we’ve focused on natural things, calling what is evil good, and good evil (Isaiah 5:20).

You can see here that when a “house” comes into unity, prayers are answered, chains are loosed, and enemies are bound! When we agree with what has already been written and declared, mighty things happen on Earth!

The enemy is not a creator; he can only take what God has set into motion and counterfeit it.

In 2 Corinthians 4:8-9, the apostle Paul begins releasing perspective to them. “We are hard pressed on every side, but not crushed; perplexed, but not in despair; persecuted, but not abandoned; struck down, but not destroyed.” May these words bring hope to you today! There has been a pressing, but let this pressure work for you!

“And since we have the same spirit of faith, according to what is written, ‘I believed and therefore I spoke,’ we also believe and therefore speak” (2 Corinthians 4:13). Know that the words you speak while feeling pressed, perplexed, persecuted and struck reveals what you believe.

Breakthrough isn’t contingent on if God wants to release it or not; HE DOES! Breakthrough is who He is! However, it is about you coming into agreement with the same faith that Christ came with and left for those in His household!

I believe that we, as His representatives, are about to see Kingdom advancement like we haven’t seen in years. It isn’t about a denomination or a specific people group, but it has everything to do with those who will accept what Heaven is saying and release what His truth says!

I declare that loose ends are being tied up, and we will see a new view of Kingdom purpose – a breakthrough release for what has been previously locked! There is a new beginning at hand for you! Believe it and therefore speak it!

Amanda Crabb has a heart that yearns to see the hopeless become hopeful once again, the bound be set free, and those who have lost their way find their divine destiny through Jesus Christ. She ministers from a place of experience and love, longing to help those who are hungering and thirsting for more of Him, and to reach those who need the Master’s touch. Amanda Crabb married the love of her life, Aaron, in October of 2001. God has richly blessed their ministry and touched the lives of millions in the process. Amanda and Aaron pastor Restoring Hope Church in Hendersonville, TN. Her greatest joy comes from her four children: Elijah David, Eva Lynn, Ean William and Eda Beth.