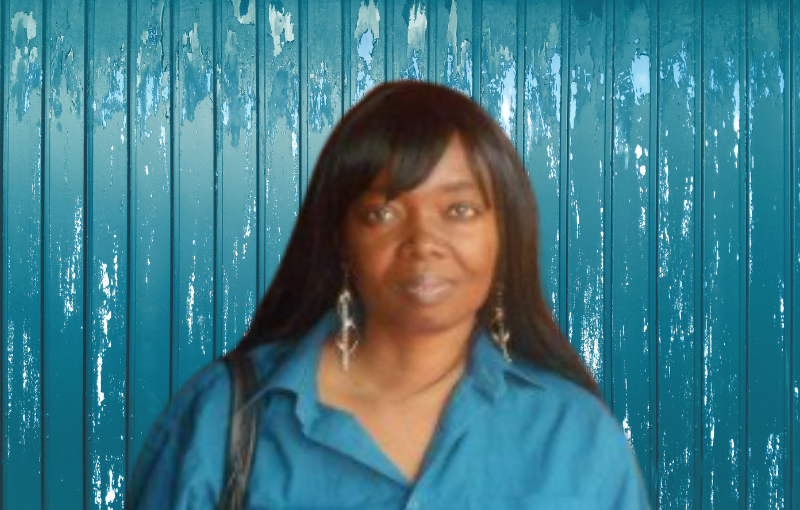 The Lord gave me a dream that I can only describe as phenomenal, especially in its outcome and ending. At the beginning of the dream, I saw a massive being of gigantic proportions lying on the ground, seemingly unable to rise. This giant was covered with what looked like lots of debris or dirt. Suddenly, I saw an awesome sight…the giant was slowly rising. As it rose, the debris began to fall off it.

As I meditated on this phenomenon, I marveled that although some debris began to fall off the giant just before it rose, it wasn’t until it began to rise that most of the dirt and debris fell off. Could this debris be what had held this giant down for so long?

It was interesting to note that the giant did not wait for the debris to fall off completely before it started to rise. Despite the magnitude of what held it down, it had lost its fear of it and began to rise anyway!

In the dream, I was with another Believer. We both watched the giant rise and began to discuss what we saw, and why the giant that had slept for so long suddenly began to arise. We had the revelation that the giant represented the Body of Christ arising in a new and powerful way. As we watched it rise, I remarked that I sensed it was the rivers of living waters within it which were causing the giant to rise. The other Believer remarked that she, in addition, had discerned that it was also the SALT which was being released on it that was causing it to rise. As I reflected on her words, I woke up.

The Body of Christ, in the fullness of that which God has prepared it to be, is a giant of immense power. The powers of darkness have, however, tried to deceive the Church to see itself as a powerless “grasshopper”. Trials, temptations, and immensely difficult situations and challenges of this world have caused the Body of Christ to be blinded to its true potential in Christ. Although the Church has been made a powerful, gigantic figure in Christ, the sleeping Church is largely unawakened to this truth.

Despite the attempts of the enemy to weigh the Church down with the debris of various sins, challenges, attacks, and weariness in diverse forms—there is an expectation and groaning within it to throw off the debris and rise as the giant it was made to be.

The salt in the dream represents the release of an outpouring of purification, which will cleanse the Body from defilement and all that has hindered it from manifesting into its fullness.

Salt in itself is used traditionally for purification and protection from infection and decay. The use of salt for purity and preservation was so important that in Leviticus 2:13, the Israelites were told to season all of their offerings with it.

The move of God’s purification, symbolized through the salt released in my dream, will cause death and fruitlessness to be broken off of the Church so that they can arise in their fullness, ordained by Christ.

In 2 Kings 2:19-21, when the men of the city came to Elisha for help because of the water in the land that was causing death, Elisha responded by pouring salt into the water. Henceforth, there was no more death and fruitlessness in the water.

Whilst salt purifies, keeping things from decay and uncleanliness, it is the overflow of the rivers of God within us that will cause us to rise up, to move with great power, and to do the work of the Kingdom! As the Church is purified and the wells of living waters overflow, the world will witness the greatest move of God that has ever been seen.

Several Scriptures speak of the overflow of the river of God (including Ezekiel 47 and Revelation 22) that will bring the healing of the nations and a mighty harvest. Jesus Himself promised that out of our bellies will flow rivers of living water. When the purified Church collectively releases the rivers within, which Jesus spoke about—this will lead to a gigantic move of God’s Spirit that many have been praying and believing for.

Lastly, I believe prayer will also be a key move to seeing the giant fully arise.

The Purpose of the Rising Giant

Joel 2:2-11 also talks about a time of darkness that will see powerful ones arise whom the world has never seen before. I believe this talking about those who will be earmarked by their strength, resourcefulness, and ability to overcome all obstacles; these are giants of faith that will arise in times of darkness before our Lord comes.

Other Earmarks of the Coming Great Awakening

Here are some other earmarks of the coming great awakening:

• The ushering in of a great harvest of souls.

• The release of resurrection glory that will see the dead raised.

Last year the Lord gave me a dream where, on a dark night, I was taken to a burial ground by a group of Believers. The team leader led me to a burial spot. She told me that it was the spot where a woman who died had been buried. Her son, called “Junior,” had always believed that she would be resurrected. The leader then declared that we were now in the end times, where the power for such a resurrection is possible.

Filled with faith at that pronouncement, I commanded the person, long-dead, to rise and awaken. As I gave this command, I saw the glory of God arise as a whirlwind to bring resurrection. I woke up with the knowledge that authority and power had been released to make that which had seemed impossible—possible. The giant arising will see a greater level of authority for resurrections, with greater ease.

In my dream, I saw the giant beginning to rise in great progression, and though I did not see it rise to its full height, I have no doubt that the Body of Christ will rise in the fullness of its gigantic form that it had been ordained to.

As the Church awakens in the fullness of the glory of God, let us pray for the fullness of its arising; let us pray that its time and season appointed by Heaven to arise with progression will be fulfilled. May we, as a Church, receive cleansing from the purifying salt of the Lord, as we release His rivers of living water in the great awakening that the Lord is bringing forth.

Ella Onakoya is the founding leader of Harvest of the Nations and the director of Harvest of the Nations School of Ministry. She is an evangelist, a prophetic watchman, and an author. She preaches a message of revival and awakening in various churches and conferences in the UK, Europe, America, Africa, and Asia. She also teaches at equipping schools where she trains and equips the Body of Christ. She often ministers as a prophetic speaker to release God’s heart and voice to churches, communities, and nations. God releases salvation, miracles, prophetic insights, and various moves of the Holy Spirit where she ministers. For further information about her ministry please visit www.harvestofthenations.com.