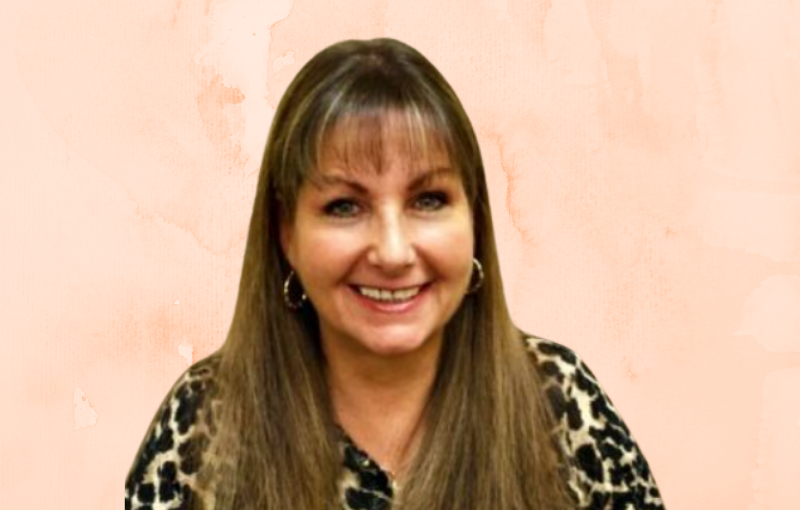 The Holy Spirit showed me several things for the upcoming year 2022. The Lord is raising up men and women for an end time revival. They are ones who will not bow or submit to the evil agenda of the world, or the plans of the adversary.

In the spirit, I saw five separate streams flowing into one. This represented the fivefold ministries merging and blending together as one. There was no discord and no competition, but each one did only what the Lord ordained for them to do.

I also saw powerful rip currents bringing people into a deeper place. (In the natural, a rip current will not pull a person under the water, but will carry them out into the deeper waters.) When these people ministered, they complimented one another as the glory of God descended upon them. Each individual was used with their own unique personalities, and there was no conflict or rivalry.

I saw warriors being raised up to go in and possess the land. In the natural, it seems as if the Lord has been taking some of our most renowned and respected prophets and ministers from us, but He has a plan and a purpose for everything.

The Lord used Moses to confront Pharaoh when He sent the ten plagues to Egypt. He said to Moses, “…I have raised you up for this very purpose, that I might show you My power and that My name might be proclaimed in all the earth” (Exodus 9:16). He led the Israelites with a cloud by day and a fire by night. He fed them with supernatural manna and quail. He parted the Red Sea and they walked through on dry ground. Their enemies drowned as they pursued them.

A Rising Remnant Set Ablaze with His Glory

The Lord says: “In the days ahead, as the world grows darker, My anointing will be evident among My people. I am raising up a remnant who will walk in My authority and be ablaze with My glory. I am sending My fire across this nation and around this world.

“I am looking for those men and women who will carry My anointing for such a time as this. They are those who will not allow the enemy to quench their fire or rattle their faith. My Shekinah glory will fall once again, and people will be saved, healed and transformed. My presence will rest in people’s homes. My glory will descend in gatherings, and people will be saved and healed; lives will be transformed.”

At the Brink of the Jordan

After Moses died, the Lord raised up Joshua to be his successor. He told Joshua, “Just as I was with Moses, I will be with you…” (Joshua 1:5). Joshua was a type of Jesus, and Canaan was a type of inheritance promised to the children of God. The conflicts that Israel went through were a type of warfare that Believers encounter today.

In Joshua 3:5, Joshua told the people, “…Sanctify yourselves, for tomorrow the Lord will do wonders among you.” Then the priests went before them through the Jordan River, carrying the ark of the covenant. Joshua spoke again to the people, saying, “Behold, the ark of the covenant of the Lord of all the earth is crossing over before you into the Jordan” (Joshua 3:11). The ark represents the glory of God.

We are at the brink of the Jordan, and the Lord is raising up leaders to go before us carrying His glory. The waters will part as we step out in faith to cross over. In Joshua 3:15-16, when the priests put their feet into the water, the water which came from upstream (from Mt. Hermon) suddenly stood still, rising in a heap far away from the city of Adam (about 20 miles away).

“So it was, when the people set out from their camp to cross over the Jordan, with the priests bearing the ark of the covenant before the people, and as those who bore the ark came to the Jordan, and the feet of the priests who bore the ark dipped in the edge of the water (for the Jordan overflows all its banks during the whole time of harvest), that the waters which came down from upstream stood still, and rose in a heap very far away at Adam, the city that is beside Zaretan…” (Joshua 3:14-16)

The Lord said to me: “In the days ahead, My glory shall reach to the ends of the earth. Those who know their God shall be strong and carry out great exploits. There will be those who say: ‘If Your presence does not go with us, do not bring us up from here.'”

I Am Raising Up Intercessors and Watchmen

Then the Lord said, “Set up a watchman. Let him declare what he sees. I am raising up intercessors and watchmen on the wall. Lives will be transformed through their prayers. Spiritual attacks will be intercepted through their intercession. They will proclaim My word with boldness and authority. They will understand the creative power of My word in their mouths. They will speak My word and it shall come to pass; they will decree a thing and it shall be established.”

Next, the Lord showed me old reel-to-reel video tapes from way back in time; they appeared damaged and unraveled. He then told me that He was going to reveal the deception of the mainstream media. Their corruption will be exposed and their evil plots and schemes will not succeed. He is raising up prophets, just like Elisha, who will know even the secrets that they speak in their bedchambers. He is about to uncover deep things out of darkness and bring the shadow of death to light.

Get ready. All creation is about to see the manifestation of the sons of God in the earth. “For the creation waits in eager expectation for the children of God to be revealed” (Romans 8:19).

The Lord is raising up men to be strong and very courageous. Just like Gideon, some of you men are fearful and weak in your own sight, but you are mighty in the eyes of the Lord. You may feel as if an army is rising up against you, but Jesus calls you mighty men of valor.

The Lord says, “I am with you to defeat every army and adverse situation that comes against you. I am breaking the spirit of fear off many men who have been traumatized in this past season. Your strength will be renewed like the eagle’s. You will run and not grow weary; you will walk and not faint. Just as Aaron and Hur held up Moses’ hands when he got weary, I will put people in your lives to lift you up when you are weighed down.

“There will be men like Joshua and Caleb who will go in and possess the land. They understand what has been entrusted to them and know that the giants are no match for them. There are older men who are bold as Caleb and will say ‘Give me this mountain’ in their later years. There will be those like David who fought the lion and the bear and know that they will also defeat Goliath. When they see themselves as I see them, they will begin to walk in what I’ve called them to do.

“There will be a great awakening for men who have endured a great shaking.“

The Bride Makes Herself Ready

The Lord says, “The Bride of Christ is making herself ready for her Bridegroom. She is radiant and arrayed in My glory. She is pure, virtuous and set apart from the world. She will not allow herself to be defiled, as she walks in holiness—in garments of white, without spot or wrinkle.

“She is a carrier of My presence and she releases My glory wherever she goes. She is a woman of integrity and the oil in her lamp will never run dry. She is clothed with strength and dignity; she can laugh at the days to come. She speaks with wisdom; faithful instruction is on her tongue.

“Just as Esther went through a process of purification, she is ready to meet her King. She prepares herself with myrrh and perfumes as she soaks in the oil of My presence. She adorns herself with a robe of righteousness and enters My chambers daily with great expectation, because she has won My heart.

“She is gentle, yet she is a warrior. She is called, chosen and set apart for such a time as this. For I,” says the LORD, “will be a wall of fire all around her, and I will be the glory in her midst.”

The Lord says, “I’m bringing prophetic ministries in sync with one another. There will be a transference of the anointing like a cross-pollination.

“There are some old-order prophets (Eli) whose spiritual vision has become dim; therefore I will raise up a new order of prophets (Samuel) to replace them.

“There will be ministries that will be like the pool of Bethesda where people will go to be healed. They will bring the sick, the blind, the lame and the paralyzed, waiting for the water to be stirred.”

This Is a Time of Rejoicing!

The Lord says, “This is a time of rejoicing! Although it appears to be a tumultuous season, My glory shall be revealed once again, and the gates of Hell shall not prevail against My Church,” says the Lord.

“You crown the year with Your goodness, and Your paths drip with abundance.” (Psalm 65:11)

“She is clothed with strength and dignity; she can laugh at the days to come. She speaks with wisdom, and faithful instruction is on her tongue.” (Proverbs 31:25-26)

Elaine Tavolacci resides in Staten Island, New York. She has been a student of the Word for twenty-nine years. She has a prophetic gift as well as a ministry of encouragement, which teaches the Body of Christ to walk in the fullness of what the Lord has called them to. She teaches others how to be overcomers in every area of their lives and understands the power and authority that Jesus has assigned to them. Her ministry, “A Word in Season,” has been an encouragement to others for nine years. She has learned the transforming power of the Word of God and encourages others that nothing is impossible with God.